• An embayment of exceptional scenic beauty in the Kimberley.
• Horizontal Waterfalls is described by Sir David Attenborough as “one of the greatest natural wonders of the world”, where massive tides create intense currents between two narrow gorges resulting in a waterfall effect that is horizontal rather than vertical.
• Turtle Reef is a flourishing reef that survives in turbid intertidal conditions, challenging scientific dogma that corals need clear, oceanic water to prosper.

Located in an almost enclosed, mud dominated gulf with some of the world’s biggest tides, Talbot Bay is host to some of the Kimberley’s most unusual natural features. Just over 100 kilometres to the north of Derby, Talbot Bay in the Buccaneer Archipelago is one of the most popular and iconic tourist attractions in the Kimberley.

Whether arriving by air or sea, here you will find the famed Horizontals Falls, spectacular rock formations and extraordinary coral reefs. Mangroves are also a feature and are well developed, fringing the bays – with the largest stand over 2.5 square kilometres.

Whilst the Horizontal Falls are not a true waterfall in the strictest sense, it is possibly the only way to describe this impressive phenomenon. Twice daily, millions of litres of seawater cascade, hurtle and tumble from one bay to another (and to another), through narrow gaps between two sets of orange sandstone massifs. The falls are created when the incoming tidal waters rapidly build behind the rock massifs, their escape to the next bay restricted by a narrow gap between the rocks. This creates a variation in ocean levels of up to four metres, and two powerful and enthralling horizontal waterfalls from one bay to the next.

The falls come to life through the two narrow gaps between the rugged, iron-red rock faces of the McLarty Range that rises 150-200 metres above the sea. The result, the remnants of thousands of years of weathering, is two gorges. The first, most seaward gorge is approximately 24 metres wide, and the second, just six metres wide. 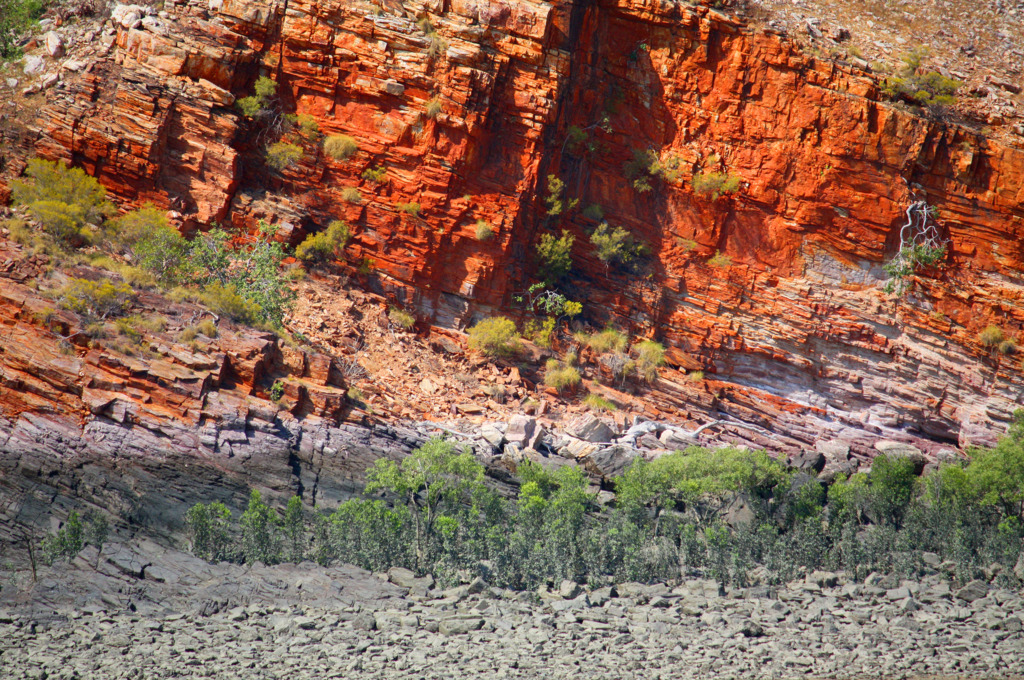 The second most narrow of the gorges displays the most spectacular waterfall. The power and speed of the ebb and flow, eddying currents, whirlpools, aeration of water, and uncertainty of the tidal flow makes for dramatic rushes of water, unseen elsewhere in the world. This is a compelling reminder of the power of Kimberley oceanic tides.

[Vessel operators beware – these are powerful forces and should only be navigated by experienced skippers].

To the amazement of scientists, Talbot Bay is host to one of Australia’s most remarkable reef systems. Turtle Reef, over 25 square kilometres in area, forms somewhat of a land bridge from the rocky Molema Island (near the centre of Talbot Bay) to the mainland. Named for the abundance of turtles on the reef, Turtle Reef is home to dugongs, crocodiles and a large variety of finfish.

The reef rises six to seven metres above the water level on the lowest of tides providing an opportunity to view the wonder of this magnificent coral and mud dominated platform. Within the reef, a shallow lagoon is divided into a mosaic of pools around 20-30 centimetres deep, separated by ridges of sand, coral rubble and rhodoliths (a type of red algae that resembles coral). Also present are seagrasses, other algae species, sponges, molluscs and invertebrates. 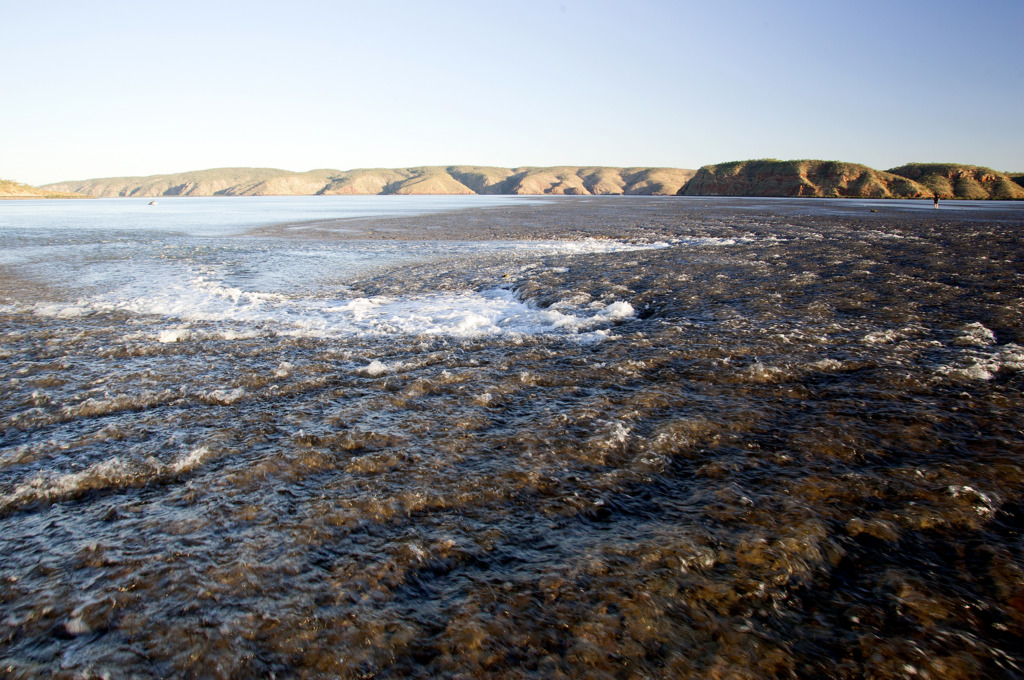 Figure 3. Turtle Reef, one of the largest reefs on the Kimberley coast, joins Molema Island to the mainland. (Image: © Shannon Conway)

What makes these reefs most remarkable is that they contradict current understanding, that corals need clear oceanic waters to grow and prosper. Rather, these well-developed coral reef structures thrive in the turbid, intertidal conditions of Turtle Reef, alongside extensive mud deposits and mangrove forests.

The geology of Talbot Bay is spectacular. Its rocky shores with steep cliffs are matched by an equally complex seafloor. In the various bays and passages, the seabed can change from exposed rock formations to 30 metre deep channels. At high tide, submerged rocks and reefs can be difficult to see due to the turbidity and exceedingly strong tidal currents that cause whirlpools – making navigation rather hazardous!

Whilst much of the Kimberley coastline is made up of horizontal layers of sediment and rock, at Talbot Bay the coastal cliffs twist and buckle with intense folds (synclines and anticlines). Comprised of intensely deformed and highly resistant quartz sandstones with small amounts of volcanic rock, the twists and turns are so dramatic in places they appear almost vertical.