Imagine an isolated beach of endless white sand, seashells and turquoise waters, stretching so far it would take more than a week to walk its length. Aptly named, Eighty Mile Beach is indeed long, stretching 220 kilometres and renowned as Australia's longest uninterrupted beach.

With its midpoint halfway between Broome and Port Hedland, Eighty Mile Beach is like no other beach in Australia – where the desert (Great Sandy Desert) meets the sea (Indian Ocean). It differentiates itself from other beaches with its low windswept dunes, an almost continuous curving coastline, and large tidal ranges that expose some 60,000 hectares of sand and mudflats, widening the intertidal zone at low tide to almost four kilometres in some sections. 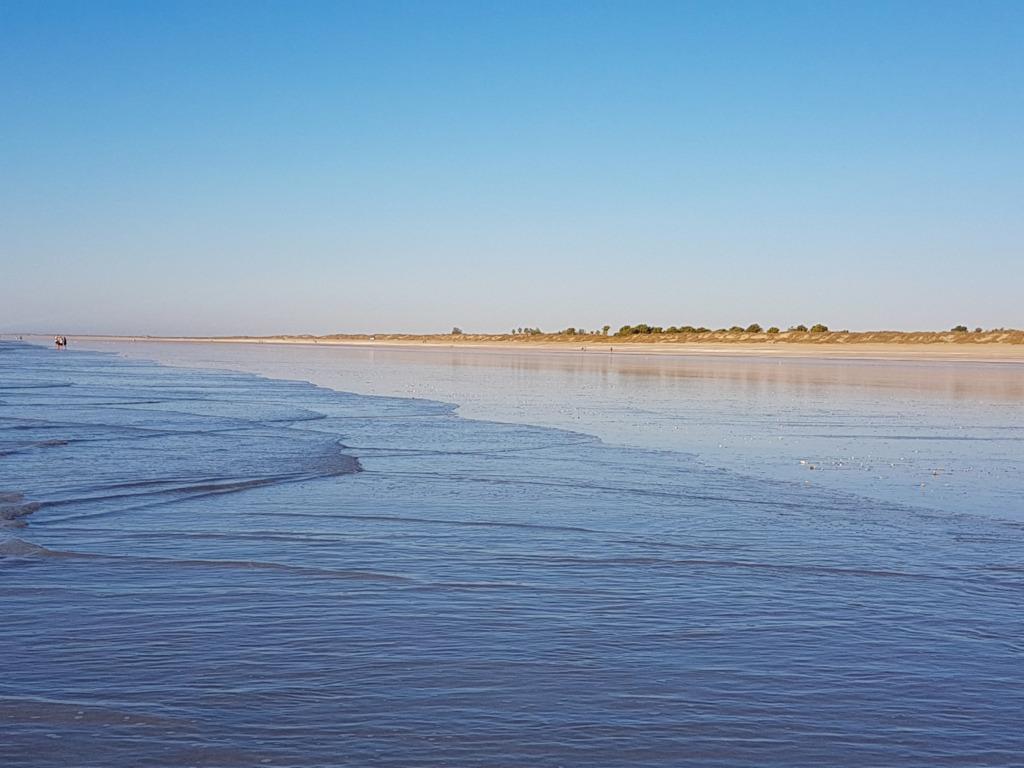 Figure 1. The wide expanse of the intertidal zone as the tide returns on Eighty mile beach (Image: Tahryn Thompson)

The seascape is even more remarkable due to an extraordinary diversity of marine life, which includes up to 400,000 migratory shorebirds, rich benthic (mud) fauna, breeding turtles and the world’s largest stocks of wild pearl shell. The shorebirds and marine life of this wetland are recognised internationally under the Ramsar Convention.

Eighty Mile Beach is sea country for the Karajarri people to the north, the Nyangumarta people over most of its length and the Ngarla people in the vicinity of Cape Keraudren. Mythological and ceremonial sites, Aboriginal art, shell middens and fish traps are found throughout the area and each group retains social, spiritual and cultural bonds with their traditional land and sea country. The three traditional owner groups joined the State Government to manage the Eighty Mile Beach Marine Park, proclaimed in 2014. It is one amongst six marine parks that are in the process of being implemented in the Kimberley region, as part of the State Government’s plan to establish a representative system of multiple-use marine parks and reserves in WA. Aspirations of the Nyangumarta people for their coastline and sea country are best summed up by the phrase ’Ngalpa warran, ngalpa marrngu‘, which translates to healthy country, healthy people.

Local offshore water movement is dominated by the southerly flowing Leeuwin Current, which brings warm low salinity water from the Pacific via the Indonesian Throughflow. The relative lack of human population and development in the area, combined with strong oceanic mixing and circulation, means that the coastal waters and sediments of Eighty Mile Beach are of high quality. The near shore waters are generally turbid due to the strong tidal flows, whereas the waters further offshore tend to be clearer. The small amount of river run-off into coastal waters means the waters at Eighty Mile Beach are clearer than other areas of the Kimberley.

High tide floods the beach and brings fish that follow the incoming water. Valued species include giant threadfin, blue threadfin and mulloway. While rarely targeted, sharks and rays often find themselves on the end of an angler’s fishing line. Small juvenile sharks and rays comprise a significant portion of this unwanted catch, highlighting the potential value of the near shore waters as a nursery area for many of these species.

Low tide exposes an amazing assortment of shells, each with different colours, patterns and shapes, a result of the high diversity and numbers of invertebrates (mostly molluscs) that live in the intertidal sand and mudflats. Although typically bare of vegetation, the intertidal area is covered with a surface film of microorganisms that are a rich food source for the invertebrates they support. Some reports suggest Eighty Mile Beach could be among the richest known intertidal mudflats in the world. A comprehensive survey of benthic invertebrate fauna conducted along 80 kilometres of the intertidal zone at the northern end of the beach, identified 112 different taxa, each having an important ecological role. Those found within the substrate regularly turnover and oxygenate the sediment with their burrowing activities. They are a food source for fish, birds and turtles, whilst several other invertebrate species, including prawns, crabs, squid, octopus, oysters, rock lobsters and sea cucumbers, are targeted by recreational and commercial fishers in the region. 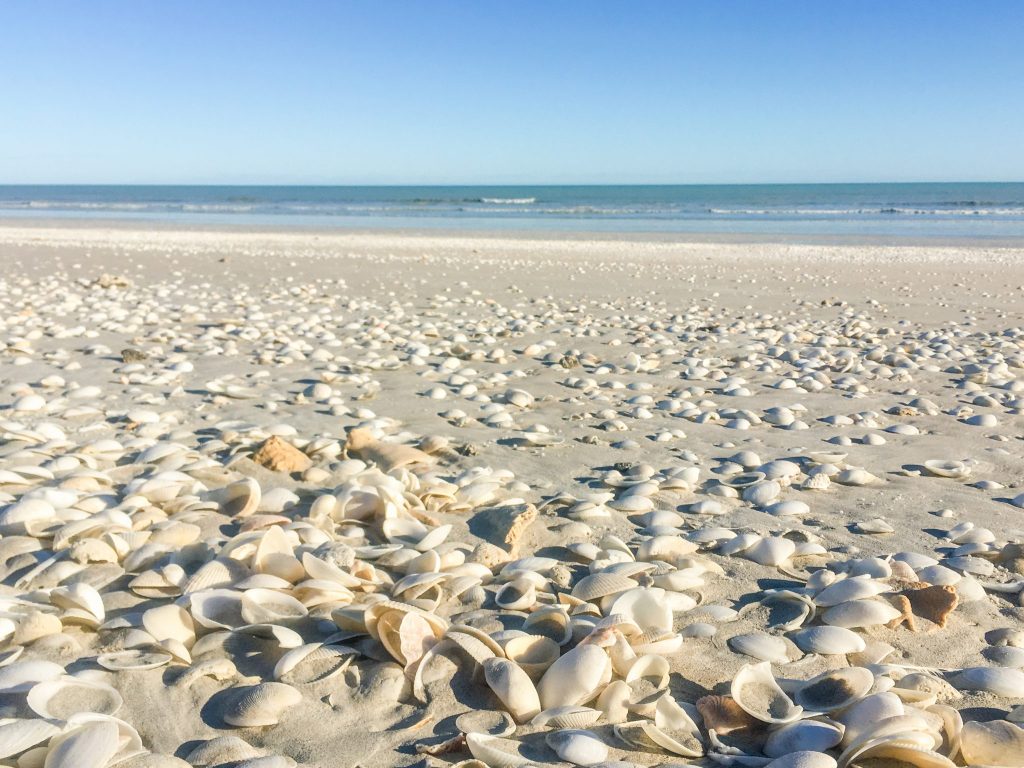 As a result of the abundant invertebrates available, Eighty Mile Beach is one of the world’s most important feeding grounds for migratory shorebirds and is listed under the Ramsar Convention. Ninety seven species of shorebirds have been recorded including 42 species listed under international migratory agreements. The beach regularly supports over 400,000 shorebirds, and there are some species for which the beach is particularly important. More than half the world’s population of red knots have been recorded on the beach in addition to over one percent of the global populations of bar-tailed godwit, eastern curlew, great knot, red-necked stint, grey-tailed tattler, terek sandpiper, pied oystercatcher, greater sand plover, oriental plover, red-capped plover and oriental pratincole. The beach offers undisturbed nesting for endemic species such as plovers, as well as a veritable smorgasbord of worms, bivalves and invertebrates for migratory shorebirds.

Since 1981 regular expeditions by the Australasian Wader Studies Group have caught, banded and counted shorebirds at Eighty Mile Beach as part of a long-term program of monitoring the populations using the East Asian-Australasian Flyway. From 1992 most birds caught have also been leg-flagged in order to unravel precise migration routes and staging sites.

Flatback turtles are the only marine turtle species known to nest on Eighty Mile Beach, with peak nesting from November to December and peak hatching from February to March. Eighty Mile Beach is particularly important habitat for nesting and foraging flatbacks since they only nest in Northern Australia and prefer large open beaches away from reefs.

In addition to its value as a migratory shorebird and turtle nesting site, Eighty Mile Beach is inhabited by dugongs, whales, dolphins and seabirds. Furthermore, all four species of Australian sawfish are found in these waters and all are protected in Western Australian waters.

Eighty Mile Beach is one of the most important areas for the harvesting of wild pearl oysters. Known as Pinctada maxima, the largest pearl shell in the world, these extraordinary pearl oysters occur in the coastal waters adjacent to Eighty Mile Beach. Long before the arrival of Europeans, Aboriginal people along the West Kimberley coast collected the large pearl shell for use in rituals and ceremonies and for trade throughout Australia.

With an estimated two million shells in these fishing grounds, this outstanding natural phenomenon is considered the last sustainable, commercially viable, pearl oyster fishery in the world. The area has been fished for pearls since the late nineteenth century, evident by two pearl luggers that were wrecked on Eighty Mile Beach in the 1890’s. Whilst mostly covered by sand, the wrecks are sometimes exposed after wet season storms and cyclones.