Thought to be the green mud crab for many years; it wasn't until 1998, that the brown mud crab was recognised as a distinct species. 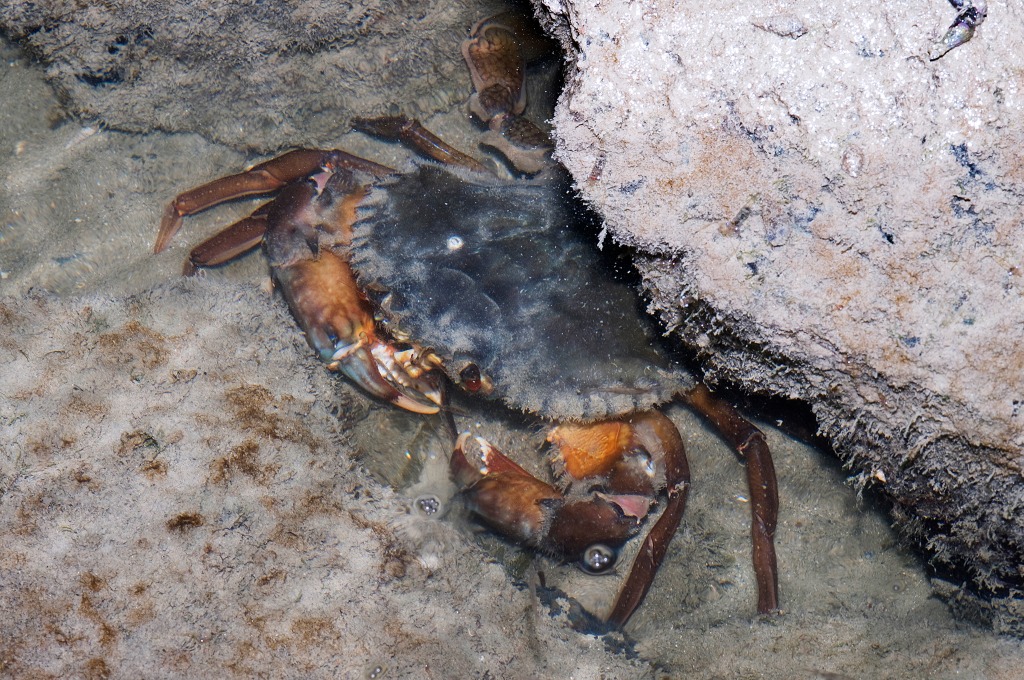 It wasn’t until 1998 that the brown mud crab was recognised as a distinct species. Whilst less tolerant of lower water temperatures than other mud crab species, it is more tolerant of low salinity. As a result, they are often found in coastal waters that are inundated with freshwater during the wet season.

Compared to the green mud crab, this crab is slightly smaller, and matures earlier at about 90 mm carapace width. Nonetheless, don’t be fooled by their smaller size, as brown mud crabs can inflict serious damage to an unsuspecting finger or toe. Their claws can generate up to 14.5 kg of force, as they have evolved to crack open the shells of molluscs.

The brown mud crab is of commercial importance for local fisheries and aquaculture industries in tropical and subtropical Asia. The cooked flesh is moist, flaky and sweet, and for many, considered the best eating crustacean. These highly sought after mud crabs also differ in flavour – see if you can taste the difference!

Prefer more brackish, dirty water and sheltered waters such as estuaries and mangrove forests. Although many occupy burrows in the intertidal zone, most adults live in shallow areas below the low tide mark, burying into the mud during the day. 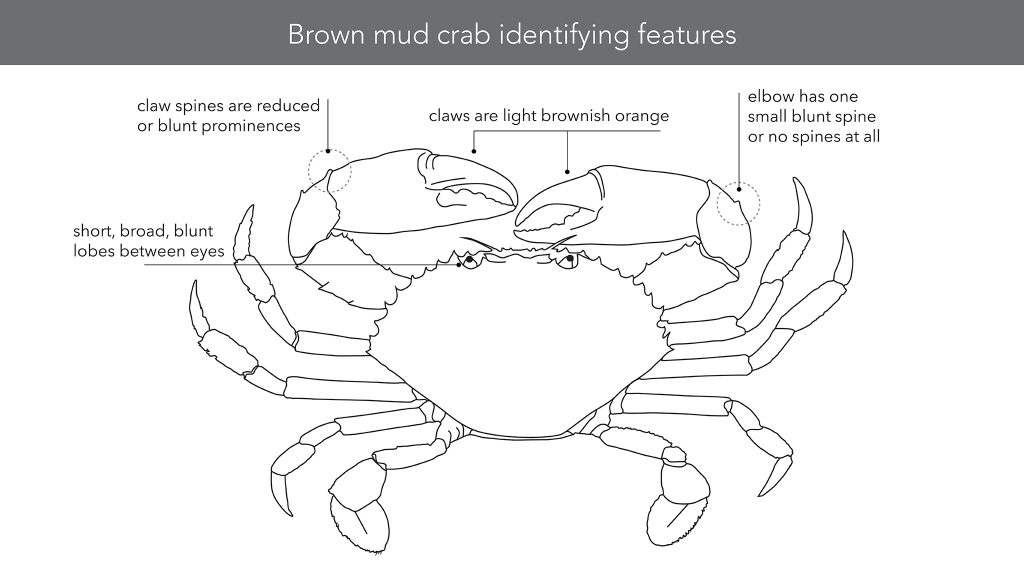 The commercial mud crab fishery is relatively small in Western Australia, producing between 5 – 10 tonnes annually. The recreational fishery for mud crab is also significant, with mud crabs being a highly targeted species.