Found in the western tropical Pacific, coral trout are prized for their striking appearance and large mouths.

Found in the western tropical Pacific from southern Japan through Thailand, Indonesia and the Solomon Islands to Tahiti.

In Western Australia, barcheek coral trout are widespread along the continental shelf between Ningaloo Reef and the Northern Territory. They have been reported as far south as Geraldton. 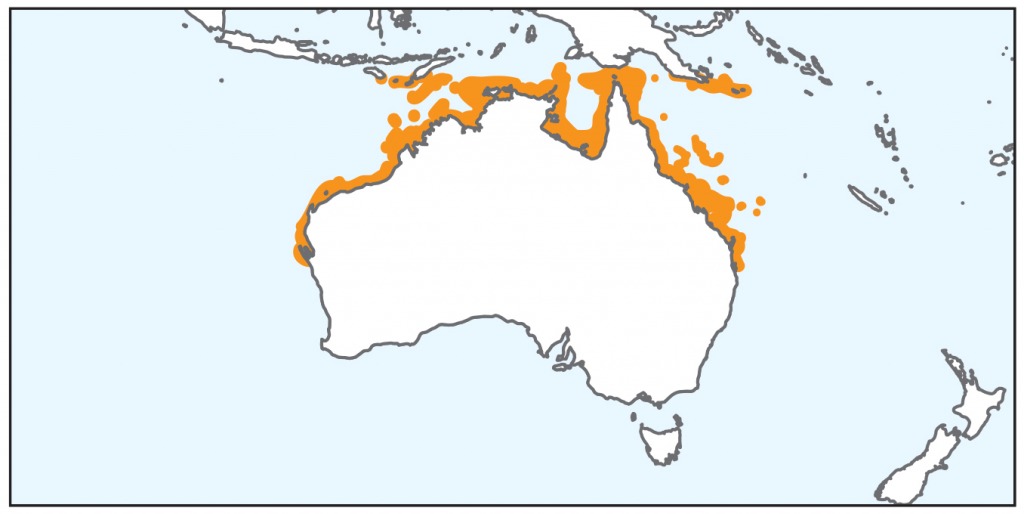 Coral trout are prized for their striking appearance and large mouths with multiple rows of sharp teeth. They are voracious predators and even their own young are fair game.

They feed using two main hunting methods. By remaining still near the ocean floor they ambush unwary passing fish or, by cruising along higher in the water column where they can attack with lightening speed.

Coral trout have highly energetic breeding behaviour. Normally solitary fish, they gather in dense groups or aggregations of between 60 and 130 fish to spawn during a 30 to 40 minute period at sunset.

The barcheek coral trout, like all coral trout are protogynous hermaphrodites, starting life as females, sexually maturing at about two years and then permanently changing to males between three to seven years. 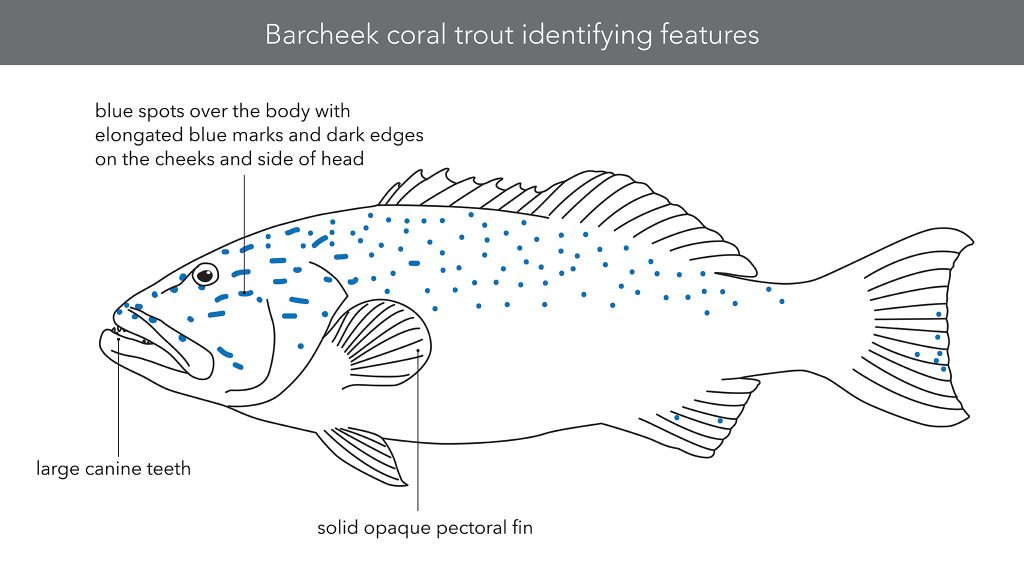 Lives in tropical waters around inshore and coastal reefs and islands. Since they inhabit inshore areas they are more vulnerable to overfishing and localised depletion than other coral trout species.

Red, pale grey or olive to dark brown with numerous small blue spots. There can be considerable variations in the colour of coral trout, depending on the water depth where they live – generally the deeper water fish will be lighter than the shallow water ones.

Feeds on a variety of prey including fish, prawns, squid and crab.

Barcheek coral trout are more vulnerable to overfishing and localised depletion than other coral trout species, since they live closer inshore and are more easily reached by line and spear fishers. Moreover, their delicate flesh makes excellent eating.

In Asia, barcheek coral trout are in demand for the live reef fish and aquarium trade.