The humphead Maori wrasse is easily recognisable, being over 2 metres long with a large hump on its head and big fleshy lips. 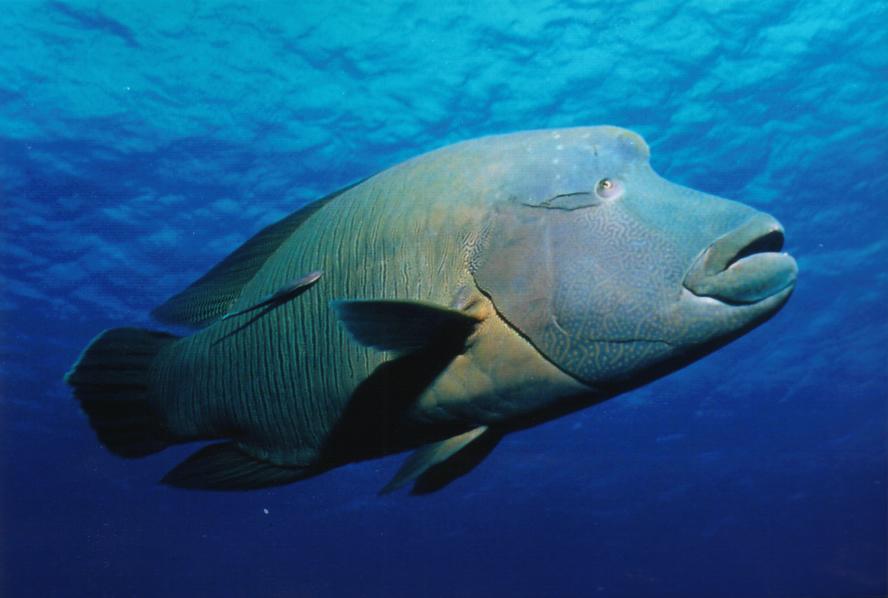 Tropical waters of the Indo-West and Central Pacific.

The humphead Maori wrasse is easily recognisable, being over 2 m long with a large hump on its head and big fleshy lips. Known homebodies, they don’t usually stray far from their home reef. In fact, many reefs have residents that can be individually identified by the size and shape of the hump on their heads.

They are extremely interactive (when it comes to fish) and have been known to follow a diver, gently rubbing themselves against an outstretched hand, or even giving a gentle nudge to encourage a belly rub. Encountering this gentle giant on the outer slopes of coral reefs makes for a good day’s diving.

The humphead Maori wrasse displays one of the most unusual traits of marine life – they start life as females and change into males when they reach a certain size and age. This generally happens at around 9 years of age, or when they reach 70 cm in length.

For the humphead Maori wrasse, being one of the largest fish on the reef does not guarantee survival. A species that occurs in naturally low numbers even in unfished areas, relies on smart management and responsible fishing practices for its long-term survival. 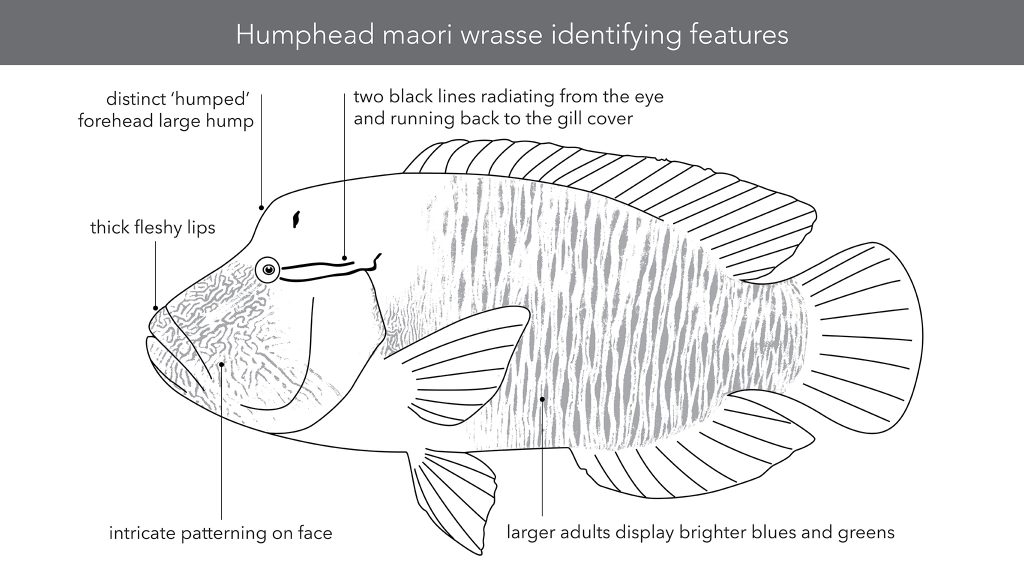 Smaller fish are found at inshore reefs and areas of high coral cover. Larger, older fish are usually found in the deeper waters of outer reefs, steep slopes and channels to a depth of 100 m.

Adults use caves, crevices and coral heads for shelter at night, and during the day can be found feeding on reefs.

Small juveniles are light with dark bands, larger juveniles (25 cm) are pale green, and adults are an olive shade of green.

Sea snails, sea urchins and crustaceans such as shrimp, lobster and crabs, with smaller fish also on the menu.

As a protected species in all Australian waters, humphead Maori wrasse must be returned to the water immediately if caught.

The unique colours and markings of the humphead Maori wrasse make it an attractive fish for the live aquarium trade.

In some areas of the world it is the fish’s appeal as a food delicacy that makes it a popular catch for recreational and commercial fishers.

The flesh of the humphead Maori wrasse is prized among various cultural groups, indeed, the fish is important in the religious ceremonies of the Cocos Malay residents of Cocos (Keeling) Islands.