Two species of mullet are found in the lagoon at Cocos (Keeling) Islands; diamond scale mullet and sea mullet.

Both species have small triangular mouths, two separate dorsal fins and no lateral line – the organ that helps fish detect movement and vibration in surrounding water. They mainly feed on algae and have very small teeth.

Diamond scale mullet (Liza vaigiensis) is one of the biggest species of mullets growing to over 50 cm in length. They are easily identified by their distinct diamond shaped scales that have a black edge. They are often seen in large schools.

Diamond scale mullet and sea mullet (Mugli cephalus) are popular fish to target using a net in the lagoon at the Cocos (Keeling) Islands. Nets are an effective fishing method, but if used inappropriately nets can result in high and unsustainable catches of a number of species, including juvenile fish which use the lagoon as a nursery. 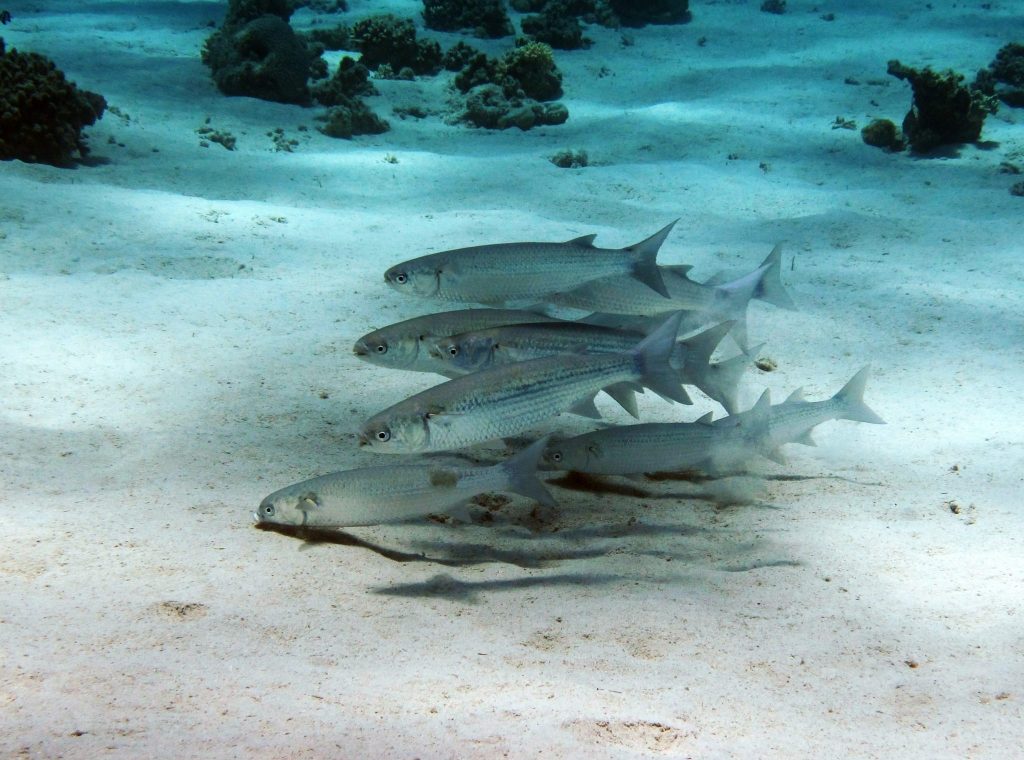