Humpback whales are found in all the world’s major oceans.

Migrating annually, humpback whales give birth in warm waters off the north-west coast of WA. They travel 6500 km from the Kimberley to the freezing waters of Antarctica to feed on plankton, small schooling fish and shrimp-like krill.  They eat by gulping mouthfuls of food and seawater, using their baleen plates they then filter out the water and swallow the food.  Adult humpbacks can consume up to 1360 kilograms of food per day.

Humpbacks have black knobby growths on the top of their head known as tubercles, these act as a sensory tool like a cat’s whiskers, feeding back information about their surroundings.  They have a low dorsal fin and long, partially-white pectoral flippers that reach up to a third of their body length.  Humpbacks are easily identifiable by individual markings on the underside of their giant tail which is exposed when they ‘fluke’ and dive. Humpback whales can weigh up to 36,000 kilograms and grow up to 19 metres in length – about the size of a bus. 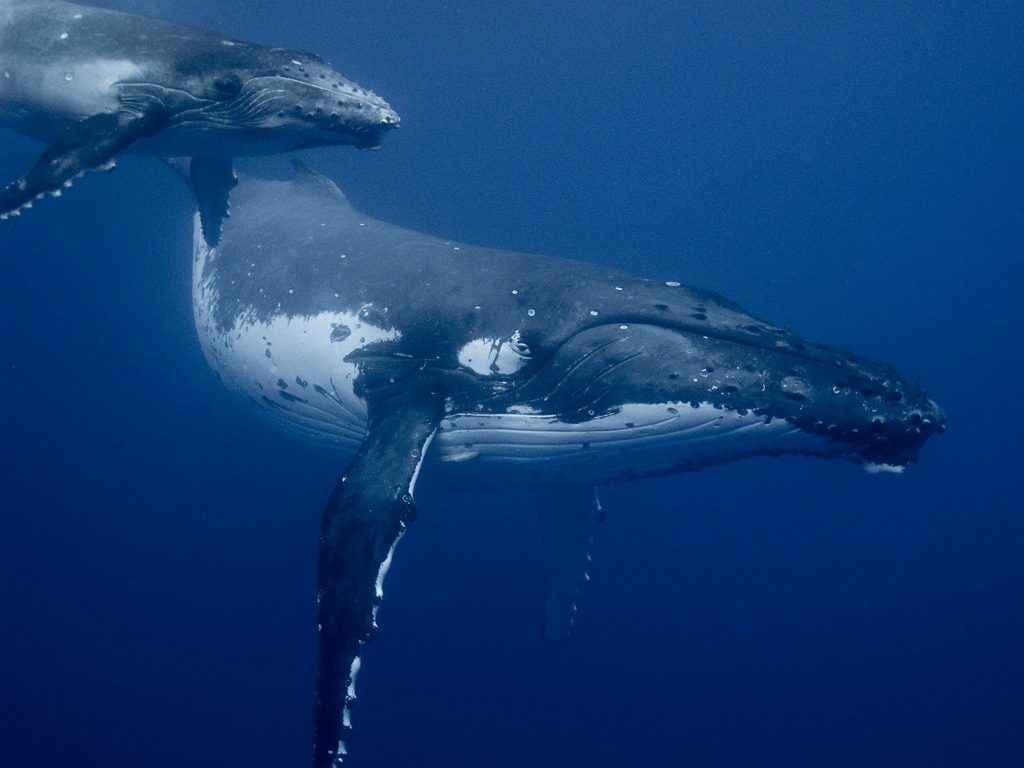