Barracuda are pelagic fish, meaning they are found near the surface of the water, and are one of the fastest fish in the sea!

Their body shape is designed for speed and it is estimated that the Great barracuda (Sphyraena barracuda) can swim up to 58 kph.

Barracudas rely on speed and surprise to ambush their prey. They feed on an array of fishes including groupers, snappers, mullets and small tunas by simply biting them in half. They kill and consume larger prey by tearing chunks of flesh off them. Some of the teeth of the Great barracuda point backwards to help hold slippery prey.

While barracudas have a curious habit of following divers and swimmers, attacks on humans are rare and few dangerous incidents have been recorded in the Indo-Pacific region. They are, however, attracted to shiny objects, such as watches and jewellery, as these resemble the silvery fish they prey on and may mistake these objects for a food source.

The Barracuda family contains around 28 species worldwide, the largest species reaching up to 2 m in length. Only two of these species are known to occur at Christmas and Cocos (Keeling) Islands; the Great barracuda (Sphyraena barracuda) and the Yellowtail barracuda (Sphyraena obtusata). 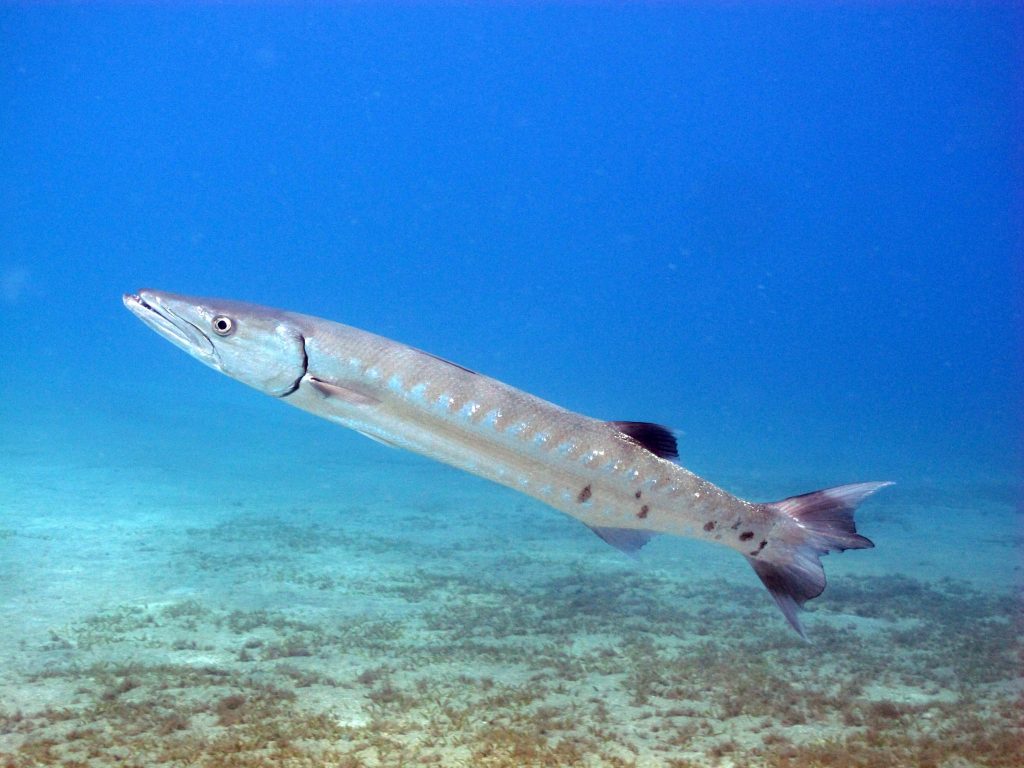