Have you ever seen holes on the beach that look as though they have been made by someone poking an umbrella in the sand? You may actually have been looking at the burrow of a golden ghost crab.

‘Ocypodid’ (ghost and fiddler) crabs are ‘semi-terrestrial’ (spending time on the land and in the water) living on sandy beaches, mud flats and mangroves. They can spend long periods of time out of the water by keeping their gills moist in special gill chambers and extracting oxygen from the air.

Their eyes are stalked, which means they can be laid flat within the grooves on their shell or raised for a better look around.

They take shelter in their cool burrows above the high tide water mark during the day, and come out at night in search of food. Feeding on plants, animals and micro-organisms, they will happily eat just about anything!

The golden ghost crab is only found along the Western Australian coast, from Bunbury to Exmouth. They are relatively small growing to a carapace (shell) width of 45 mm. 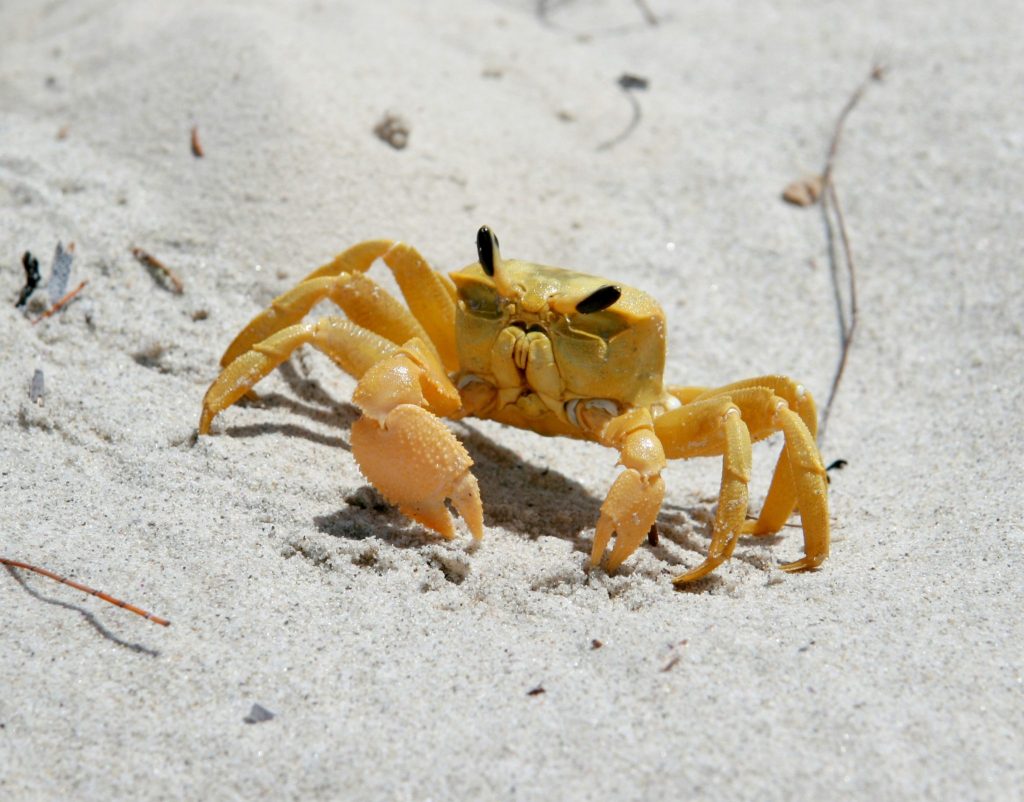