Of the large trevally family, the most well-known is the Giant Trevally.

It is found throughout the Indo-Pacific region and will grow up to 170 cm and weight at least 35 kg. The giant trevally (Caranx ignobilis) is normally a silvery colour with occasional dark spots, but males may turn a darker silver or even black once they mature.

The giant trevally is an apex predator and is known to hunt in schools or individually. They are often seen in the company of sharks, who they use in one of their hunting techniques to ambush prey. 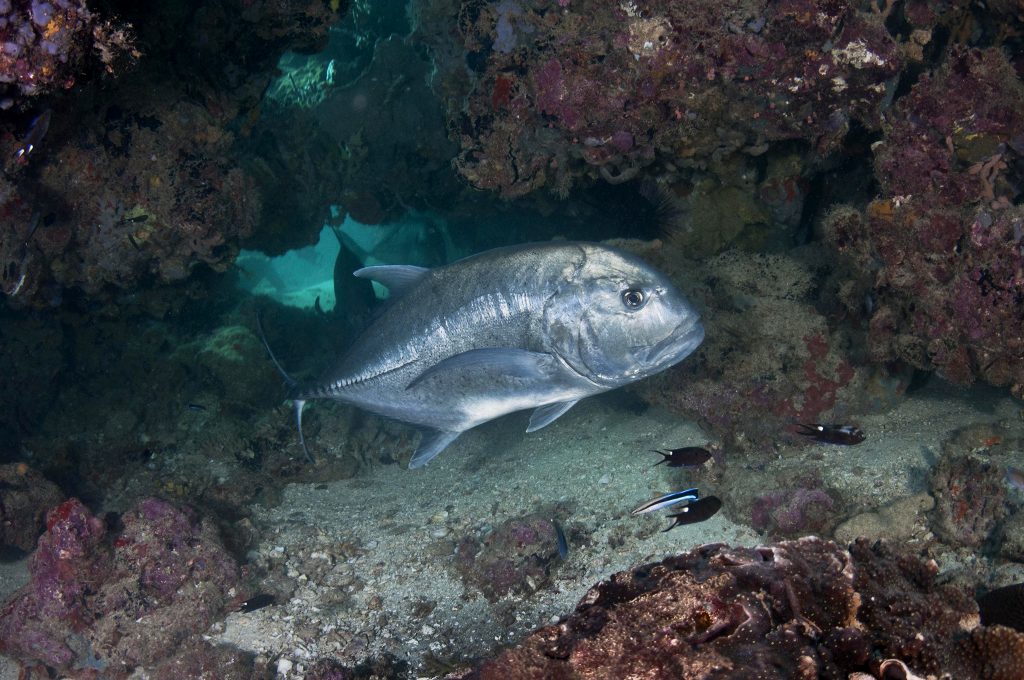 ‘GTs’, as they are often colloquially referred to on the IOTs, are an important commercial and recreational game fish. Thousands of tonnes of giant trevally are caught each year in the Indo-Pacific region, even though some people consider them poor eating. They make any snorkeling or diving expedition at the IOTs an exciting one as they are one of the bigger bony fish you will be able to see.