Although snake-like in appearance, eels are not actually related to snakes or the reptile family at all.

In fact, eels are actually a type of bony fish! They have an internal skeleton made of bone, are cold-blooded and extract oxygen from the water through their gills.

There a hundreds of different types of eels found throughout the world in both tropical and temperate waters, but the most commonly recognised type would have to be moray eels.

Moray eels are attractive, with varying colours and patterns, but typically have a bad reputation due to the needle-sharp teeth of some species (used generally to feed on fish) and the fact they nearly always have their mouths open to allow the water to pass over their gills so they can breathe. Combine this with the fact they are often hiding in holes or crevices in the reef with only their head partially visible, it’s easy to understand how they can sometimes take divers and snorkellers by surprise!

Not all eels live among the reef though –  snake and garden eels spend most of their time in sandy burrows. Some species are known to create eel gardens, which occur when a group of eels emerge from their burrows to feed on zooplankton, exposing up to two-thirds of their body – resembling plant stalks in a garden.

There are also freshwater eels that live in our rivers. But don’t be fooled by the name, these eels also spend some time at sea, returning to spawn (or release their eggs).

Did you know… the electric eel isn’t related to the true eels (as described above), but is related to the knife fishes – a knife-shaped species that come to the water’s surface to breathe! 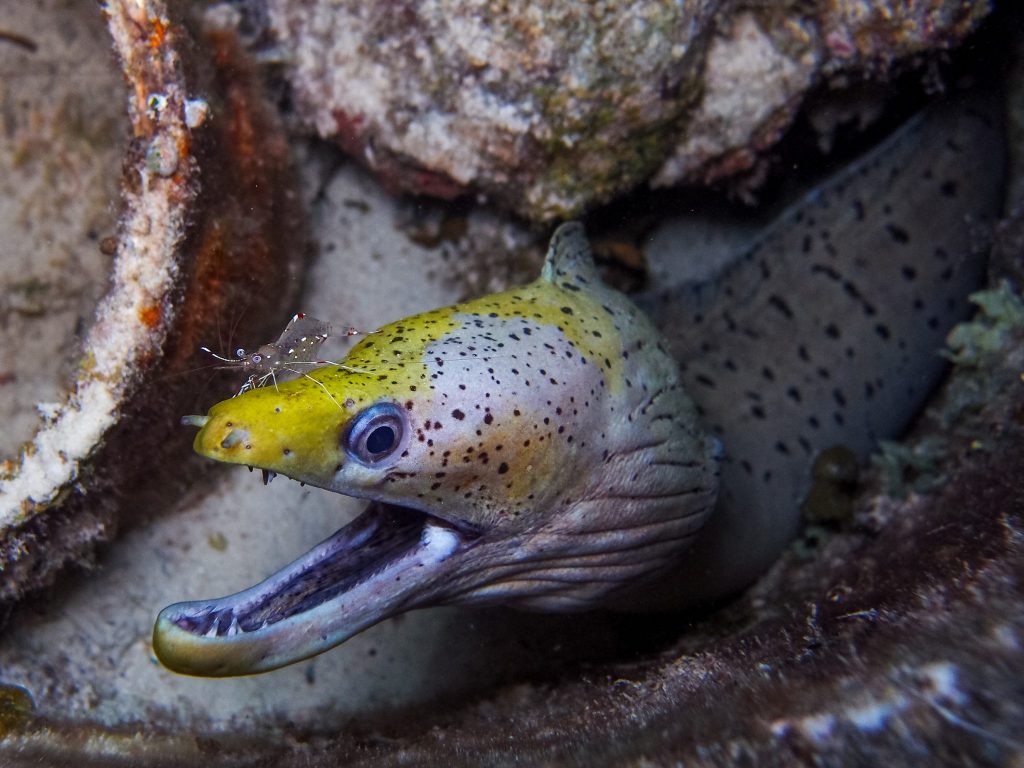