Dhufish are endemic to Western Australia, meaning they are found no where else in the world.

The West Australian dhufish is a WA fishing icon, endemic to Western Australia. Dhufish generally live close to shore and close to the seabed in water that may be up to 50 metres deep.  They have been seen between Shark Bay and Esperance but are most commonly found along WA’s lower west coast between Kalbarri and Augusta.

Dhufish are relatively slow growing and can take up to 20 years before they reach their maximum size. They can live for more than 40 years, reach more than a metre in length and weigh more than 25 kilograms.

Dhufish have big eyes used to seek food at night and their cavernous mouths allow them to ambush their prey. They eat other fish, crustaceans and molluscs, such as squid and octopus. 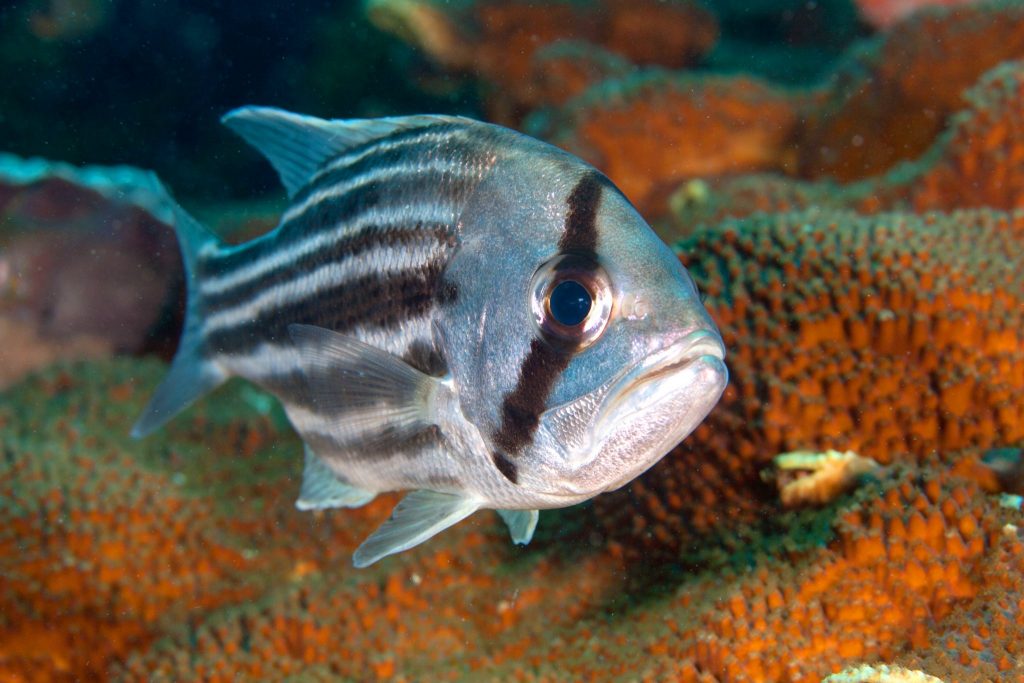