Plankton are small or microscopic organisms, both plant and animal, that drift on the ocean currents.

The word plankton originates from the Greek word planktos, which means wandering or drifting.

Plankton must spend at least part of their life in surface waters where sunlight penetrates, referred to as the photic zone. This enables phytoplankton to capture sunlight to manufacture their own food via photosynthesis. Zooplankton graze on phytoplankton so need to be present where their food source is located.

Plankton exhibit a variety of adaptations to remain close to the surface or slow their rate of sinking, such as:

Rising sub-surface waters called upwellings, can also help to keep plankton at the surface. Upwellings are associated with high nutrients, which are of benefit to plankton. 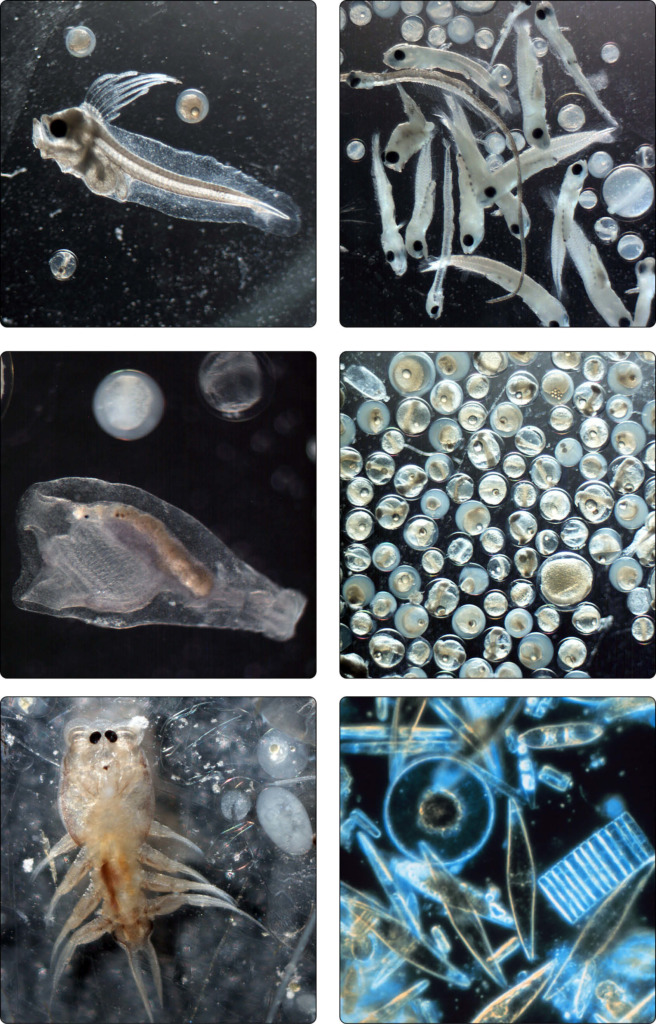 Suthers, I.M. and Russik, D. (eds) 2009, Plankton: a guide to their ecology and monitoring for water quality, CSIRO Publishing, Victoria.

An upward force on an object immersed in a fluid.

The state where an object neither sinks nor floats but maintains the same position.

The surface layers of the seas and oceans penetrated by light and inhabited by photosynthetic organisms.

The process by which green plants convert carbon dioxide to carbohydrates and oxygen using sunlight for energy.

The total external surface or total area of an object exposed to the outside environment.

The movement of colder, nutrient-rich, sub-surface waters toward the surface of the ocean.