Western Australia’s North Coast bioregion is one of the world’s last great wilderness areas with waters inhabited by rich biodiversity.

Many species of the North Coast bioregion have adapted to a landscape and ocean that have been shaped and reshaped for over 400 million years. The present coastline was formed during the last sea level rise about 8000 – 10 000 years ago. The Kimberley coast is highly indented, with bays and estuaries backed by a hinterland of high relief. Broad tidal mudflats and soft sediments with fringing mangroves are typical of the area. The eastern Pilbara coast is more exposed than the Kimberley, with few islands and extensive intertidal sand flats. Softer sediments and mangroves occur around river entrances. The western Pilbara coastline is characterised by a series of significant but low-relief islands including the Dampier Archipelago, Barrow Island and the Montebello Islands. Nearshore coastal waters include rocky and coral reef systems, soft sediment and mangrove communities, creating significant areas of protected waters.

The oceanography of the North Coast bioregion includes waters of Pacific origin that enter through the Indonesian archipelago bringing warm, low salinity waters southwards via the Indonesian Throughflow Holloway Currents which flow seasonally and interact with Indian Ocean waters. Ocean temperatures range between 22oC and 33oC with localised higher temperatures in coastal waters, particularly along the Pilbara coastline. Fish stocks are entirely tropical, with most having an Indo-Pacific distribution.

This region is the hottest and wettest part of Western Australia. Coastal waters are generally low-energy in terms of wave action, but seasonally influenced by infrequent but intense tropical cyclones, storm surges and associated rainfall run-off. Cyclone events generate the bulk of the rainfall, although the Kimberley section of the coastline receives limited monsoonal thunderstorm rainfall over summer.

The entire North Coast region is subject to very high evaporation rates (3 metres per year), however the Pilbara coastline is more arid than the Kimberley, due to its lower cyclone frequency.

The generally tropical, low nutrient offshore waters can be significantly influenced by rainfall run-off and tidal mixing to generate varying water quality in different areas of the region. Along the Kimberley coastline, waters are turbid while the Pilbara coast with its lower run-off and lesser tidal influence has the clear waters more typical of the tropics.

There are 15 different state-managed commercial fisheries operating within the North Coast bioregion. These fisheries target a variety of species including finfish, crustaceans, molluscs, and echinoderms. The principal commercial fisheries in this region focus on tropical finfish, particularly high-value emperors, snapper and cod. A number of other finfish fisheries operate in the bioregion, including nearshore beach seining and gillnetting for barramundi and threadfin salmon and surface trolling for Spanish mackerel. Another significant commercial fishery is based on the collection of pearl oysters for use in the aquaculture production of pearls.

The region also has a number of small trawl fisheries for prawns and two crab fisheries (targeting blue swimmer crabs in the Pilbara and mud crabs in the Kimberley). Sea cucumbers are also collected by hand by divers and waders throughout the Kimberley. The Trochus fishery is operated by the Bardi Jawi and Mayala Aboriginal Communities, who have been collecting trochus in the area since the 1960s.

Recreational fishing is experiencing significant growth in the region with a distinct seasonal peak in winter when many tourists travel through the area. Most angling activity is boat based due to the high tidal range. Offshore islands, coral reef systems and continental shelf waters all provide recreationally caught species. 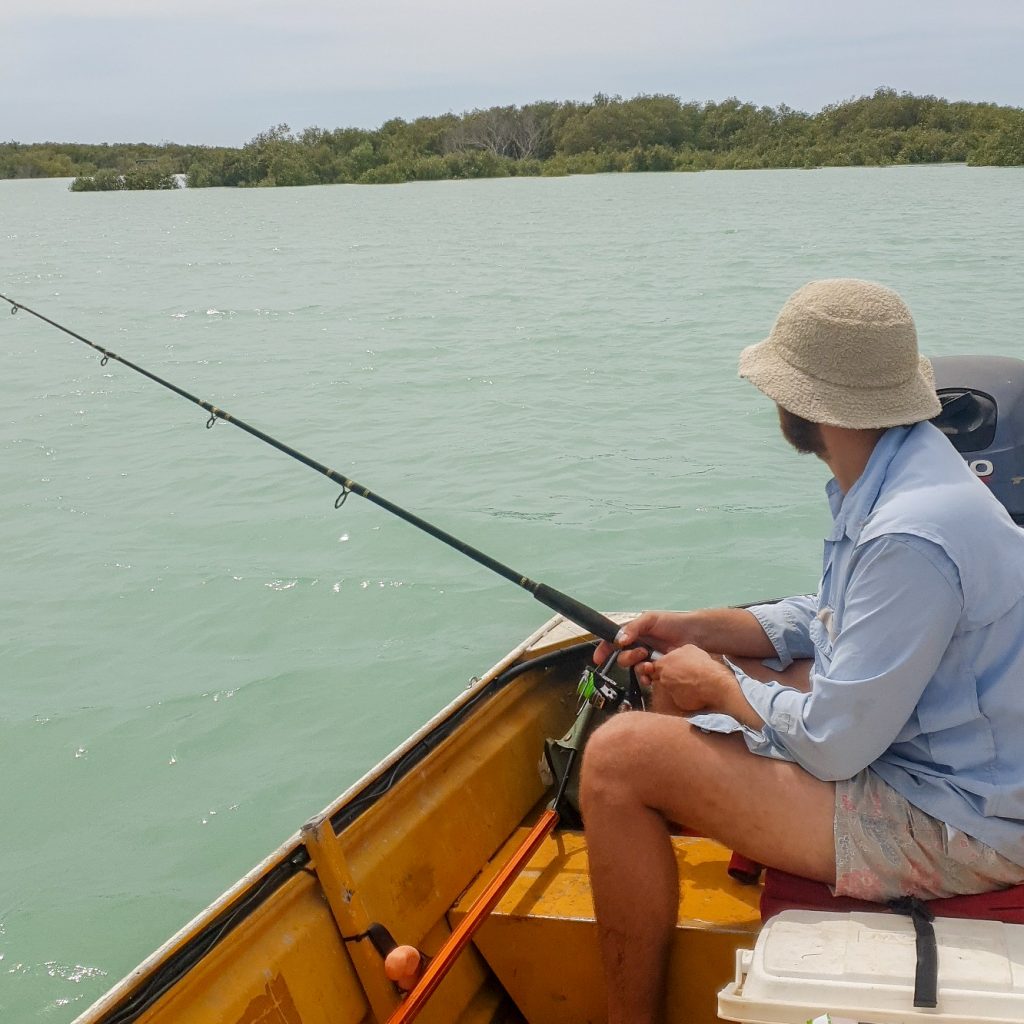 Aquaculture development in the North Coast region is dominated by the production of pearls, Pinctada maxima, with pearl farm site being located in the Buccaneer Archipelago, Roebuck Bay and the Montebello Islands. Developing marine aquaculture initiatives in the region include growing trochus and barramundi.

There are three major ports in the North Coast bioregion – Broome, Dampier and Port Hedland. There are also eight non-port authority ports (operated by resource companies). An increase in shipping and port expansion associated with growth of the resources sector has potential implications for the marine environment. Potential threats include loss or contamination of marine habitats, oil spills, interactions between vessels and listed species and the introduction of marine pests. 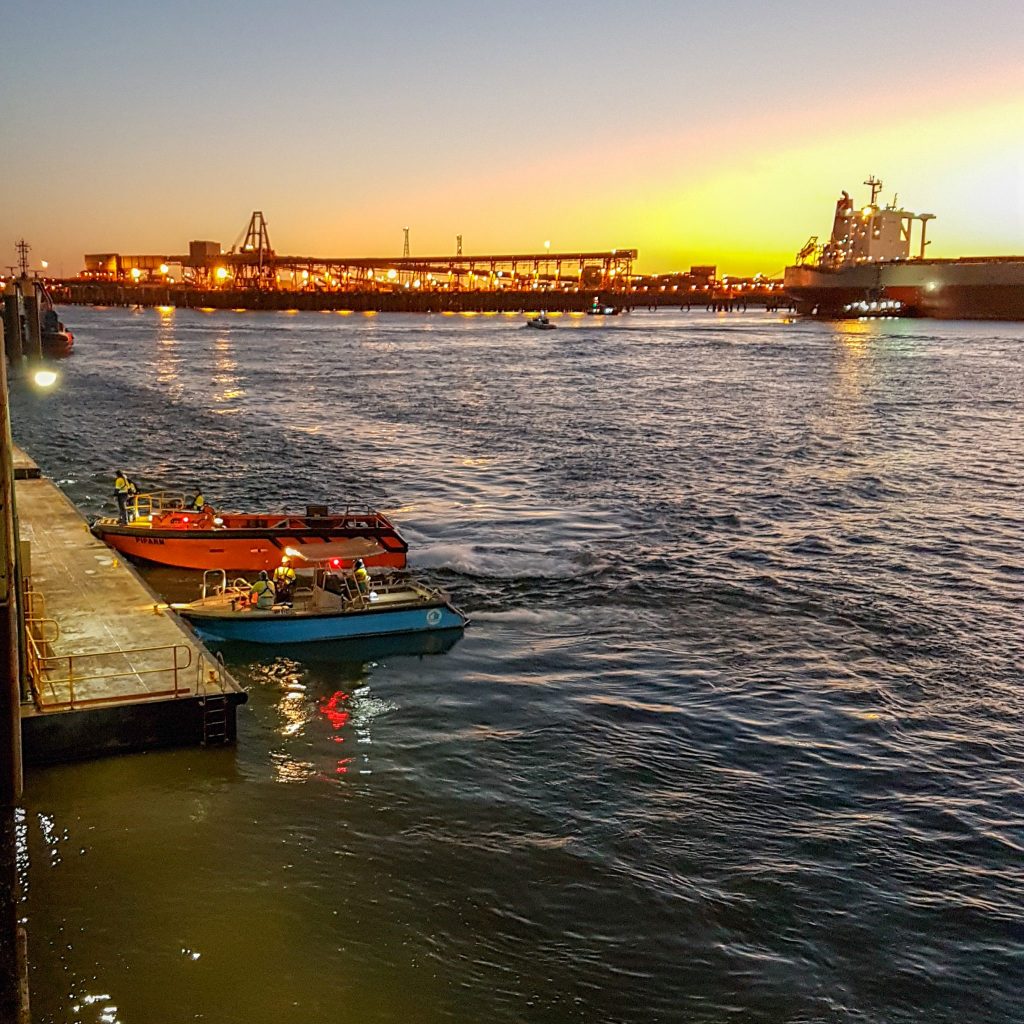