Classification is the organising or sorting of organisms into groups according to their characteristics.

When classifying organisms, taxonomists use the following framework: 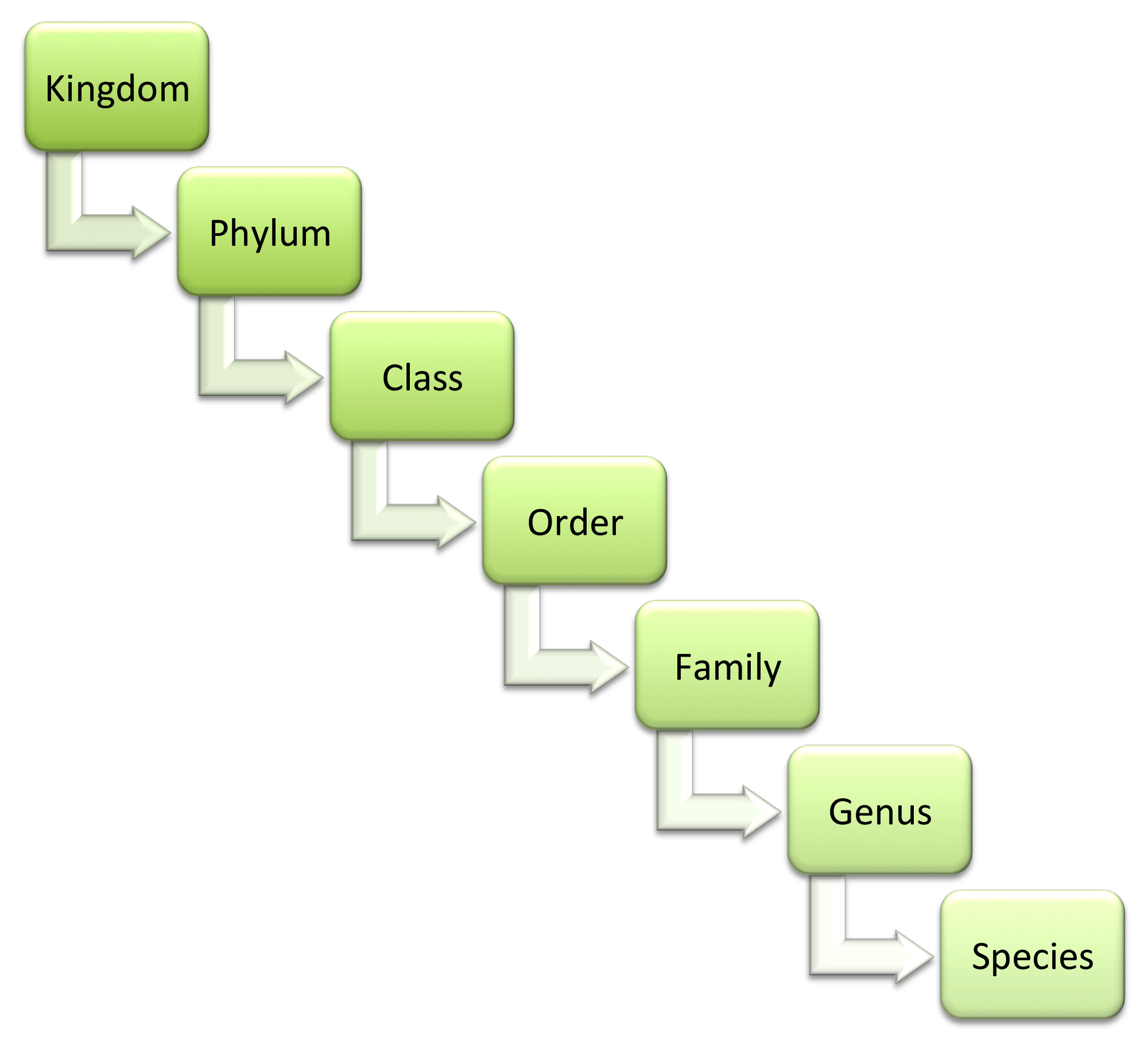 Classification makes it easier to identify, describe and remember species. Since there are thousands of marine organisms described from Australian waters alone, and more new species are being discovered every year, the use of an international classification system is extremely important.

Classification is used for the scientific naming, identifying and describing of individuals, and determining relationships between groups and their evolutionary links – increasing the understanding of the biodiversity and ecology of all flora and fauna. Such information is essential for the planning and protection of biodiversity for the future.

Taxonomists are scientists who classify and name plants and animals.

A dichotomous key is a method for identifying something by going through a series of choices leading to the correct answer.  Dichotomous means divided into 2 parts.  At each step, there are two choices, with each answer leading to another question with a further 2 choices until the item is identified.

When making a dichotomous key: