This red crab is a terrestrial (land) species of crab found almost exclusively on Christmas Island in the Indian Ocean. 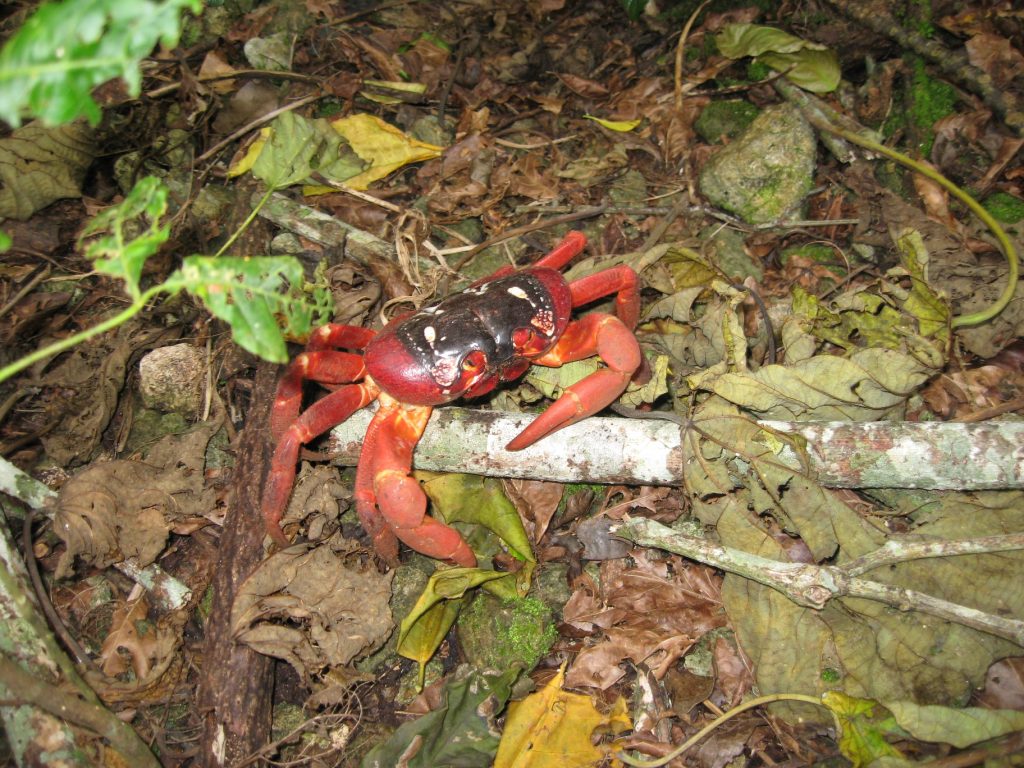 The red crab, Gecarcoidea natalis, is a terrestrial (land) species of crab found almost exclusively on Christmas Island. The only other population of red crab is found on the Cocos (Keeling) Islands about 2,950 km north-west of Perth.

This iconic species is one of fourteen species of land crab found on Christmas Island. Like other crustaceans, red crabs belong to a group of animals called arthropods, meaning ‘joint-legged’. This slow growing species only moult once a year, with males generally larger than females. An adult carapace (shell) can measure anywhere up to 116 mm across, although sexual maturity is reached at around 40 mm across (4-5 years of age).

Red crabs spend the majority of the year living in solitary burrows among the Island’s rainforest, foraging on fallen leaves, fruits, flowers and seedlings.

However, they are not solely vegetarian and if given the opportunity will feast on other dead crabs, birds and the introduced giant African snail. With their large numbers, the crabs dominate the forest floor so there is little competition for food and other resources. Although the forest is their preferred environment, they can also be found living in a variety of habitats, including coastal shore terraces and domestic gardens.

Outside of the breeding season, red crabs are a solitary species. They have distinct patterns of activity at the beginning of the wet season (October-November), performing one of the most spectacular breeding migrations seen on earth. Millions of bright red crabs emerge from their burrows and make their way down to the coast where they breed and spawn their eggs. Upon arriving at the shore, male crabs create mating burrows, where the females can rest and incubate their eggs. Amazingly, one female crab can brood up to 100,000 eggs in a single season! After around 14 days the eggs are released into the water and the crabs start their long journey back up into the rainforests. 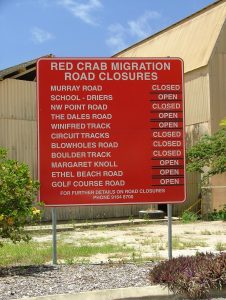 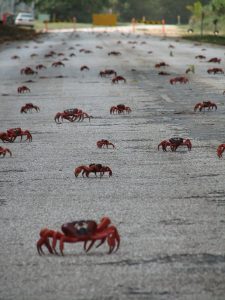