Also known as the brown-banded catshark and grey carpet shark, this tropical shark is found in northern Australia and the Indo-West Pacific region. 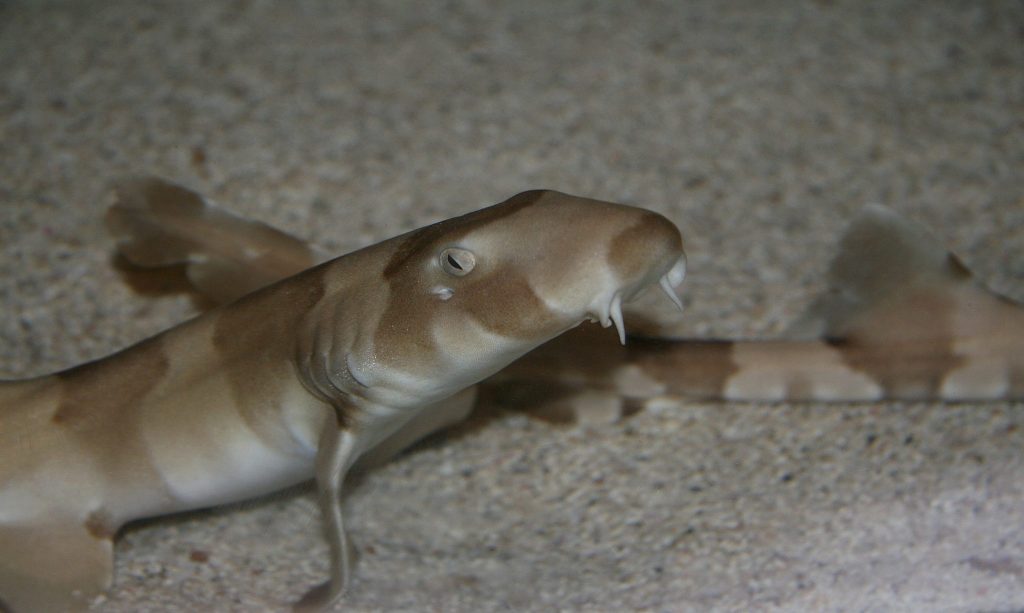 This small shark is commonly found on inshore coral reefs and is also often found in tide pools where it can survive for a long time out of the water.

The brown-banded bamboo shark is nocturnal and hunts animals that live on the bottom of the ocean floor, including small fishes and invertebrates such as crabs.

The thick brown bands on the juveniles keep them camouflaged while young, but will fade and disappear as the shark reaches adulthood.

These sharks can grow up to 105 cm long and it is expected that they can live for approximately 25 years.