The Bluebottle or Portuguese man-of-war is not a single animal but a colony of four kinds of highly modified individuals (polyps). 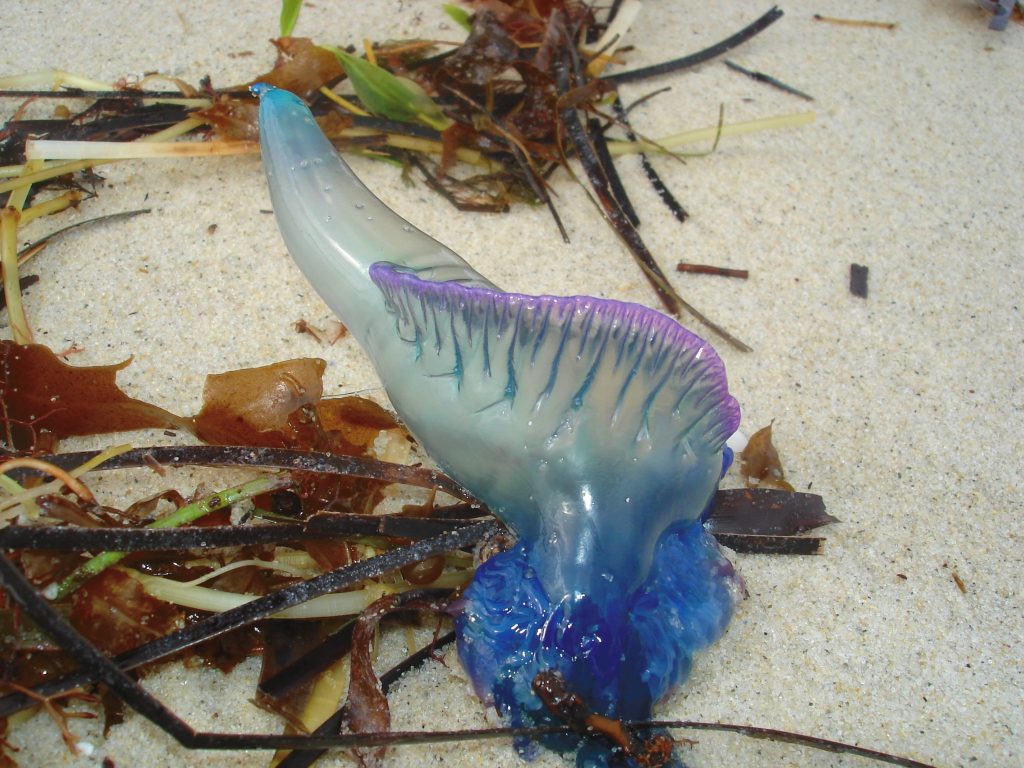 Bluebottles can still sting even after they have been washed up on the beach, so if found they should be left alone.

Bluebottles are a colony of four kinds of highly modified individuals (polyps). The polyps are dependent on one another for survival. The individual polyps are: The float (pneumatophore) is a single individual and supports the rest of the colony. The tentacles (dactylozooids) are polyps concerned with the detection and capture of food and convey their prey to the digestive polyps (gastrozooids). Reproduction is carried out by the gonozooids, another type of polyp.

Bluebottles diet consists mostly of small crustaceans and other members of the surface plankton, which it ensnares, in a tangle of nematocyst threads (tentacles).