Blue ringed octopus are one of Australia’s most venomous (poisonous) creatures. 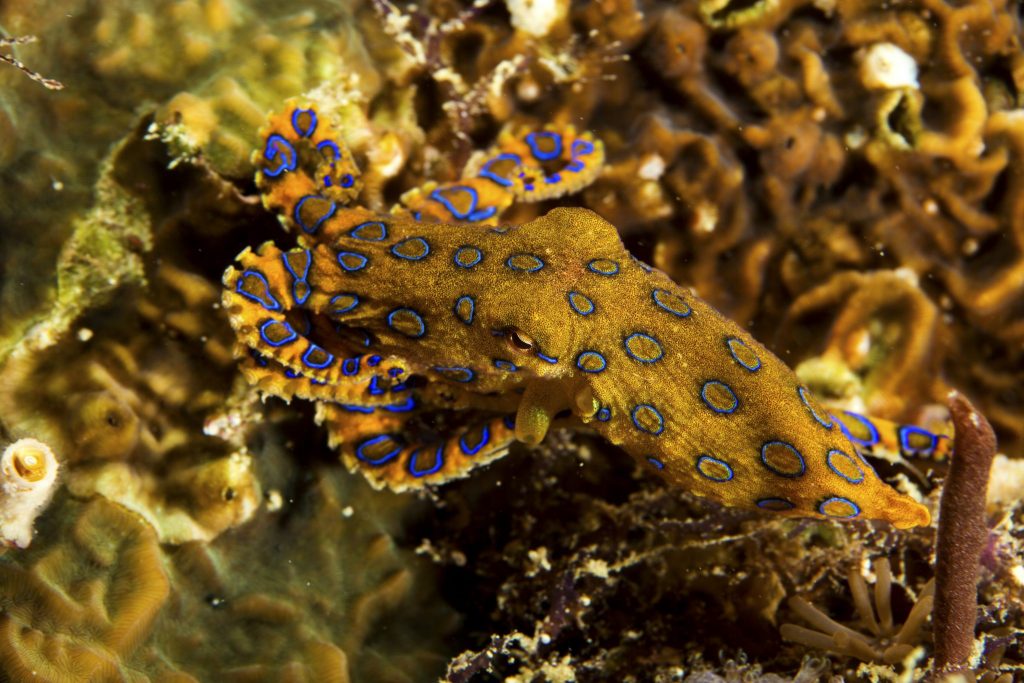 They flash blue rings on their bodies when disturbed, excited or angry.

They are one of Australia’s most venomous (poisonous) creatures, with their bites being painless but fatal, causing paralysis in about 90 minutes.

They hunt through the day eating invertebrates and wounded fish by catching them with its arms and biting them with its tough beak. The octopus kills by delivering the poison in its saliva.

In order to escape predators an octopus can squirt black ink into the water. The octopus swims by filling its body with water that it then squirts out in a jet-like propulsion.

Warning: Be careful when handling dead shells, empty cans and bottles, as these are great places for the deadly blue ring octopus to hide!