In 2014 the Australian humpback dolphin was recognised as a separate species to the Indo-Pacific humpback. 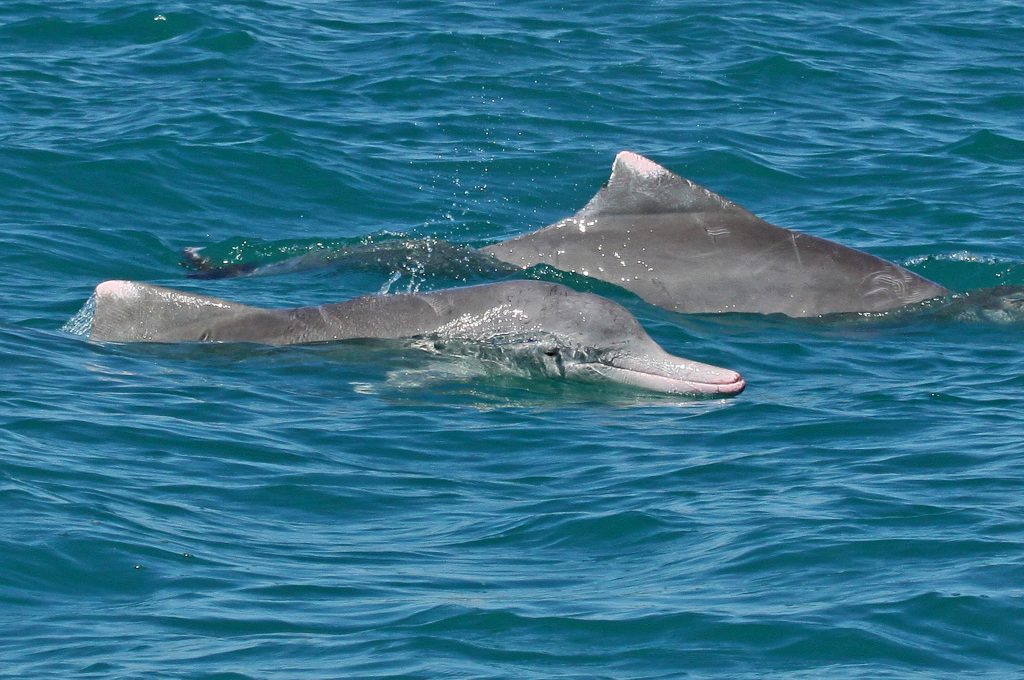 To the east of the Wallace Line including southern Papua New Guinea and Northern Australia, from Exmouth in WA to the QLD-NSW border.

Their forehead, beak and dorsal fin whiten with age, resulting in a patchy or freckly appearance. With age, the dorsal fin becomes softer and more rounded and in some older animals, develops a floppy tip.

They are generally slow swimmers. Sometimes however, they chase each other around in circles at high speed, and researchers suggest this may be courtship behaviour. Rarely known to bow ride, they do breach, lobtail and even somersault on occasions. They may also be seen swimming on one side while waving with one flipper!

Their inshore habitats are often turbid waters, making sound production and reception crucial for navigation and social contact. In addition to their high frequency echolocation clicks, they are highly vocal, producing whistles and screams, singly or in sequence and of varying length. 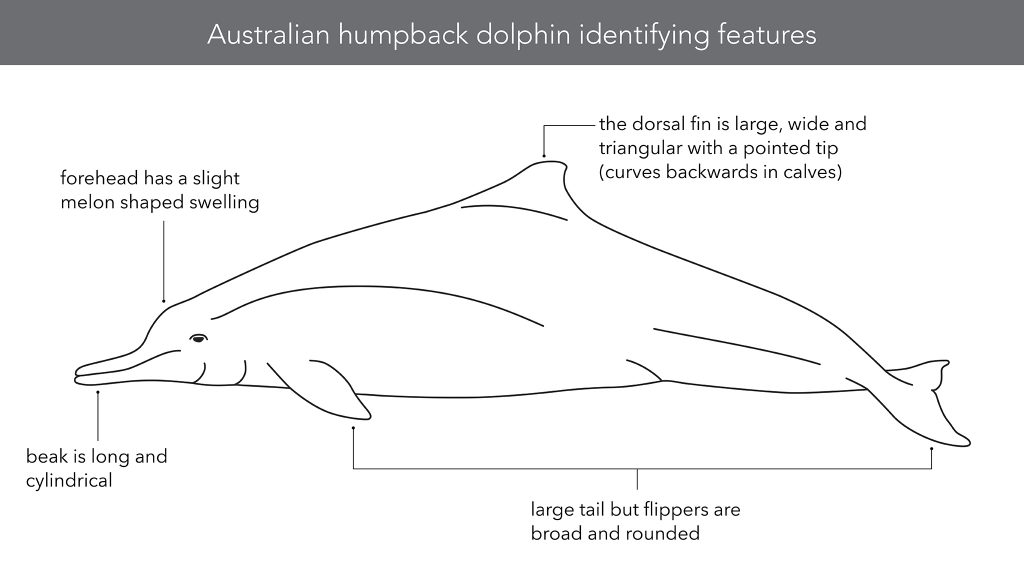 Opportunistic feeders that eat a wide variety of near shore, estuarine and reef fish and the occasional crustacean.

Organochlorine pollution from agricultural areas, and pathogens (bacteria and viruses) that can have an amplified impact when pollution and food shortages are also present.

Overfishing of prey species and illegal killing are also threats.