Artemia is a small crustacean that is used around the world as fish food for aquaculture (fish farming) and aquarium feeds. They get the name sea monkeys because they are excellent acrobats! 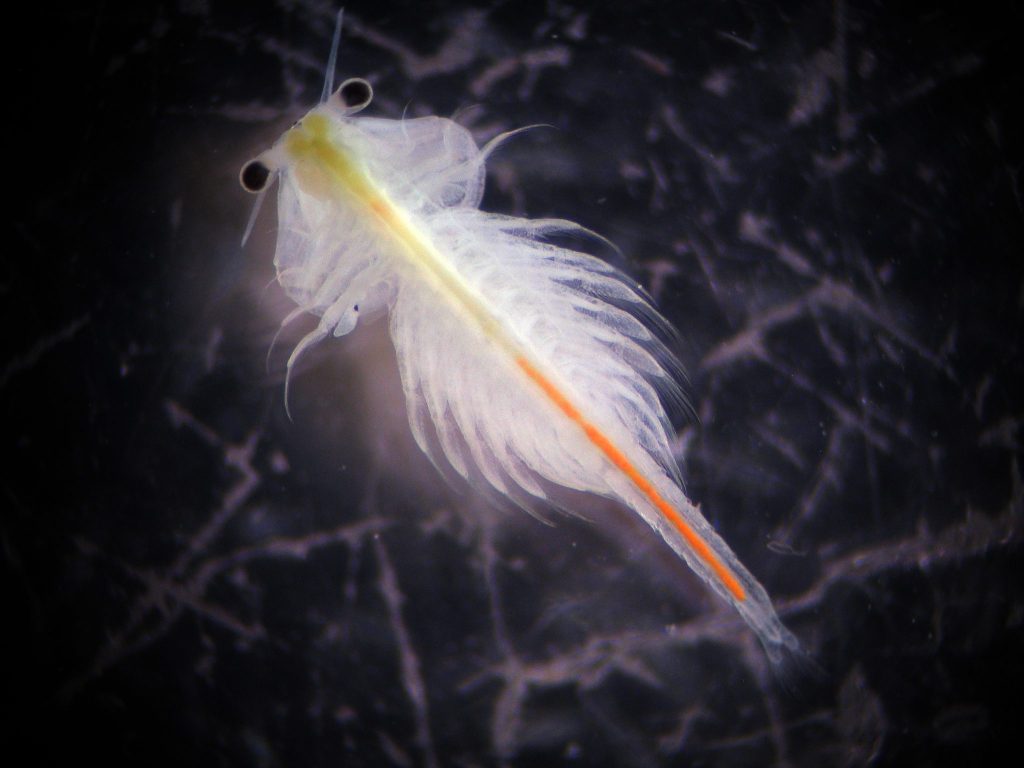 Small fish may eat a wide range of foods, including bacteria, plankton, worms, crustaceans and algae. Artemia is a small crustacean that is used around the world as fish food for aquaculture (fish farming) and aquarium feeds.

Artemia are also known as brine shrimp. You may have seen them advertised commercially as ‘sea monkeys’ and sold as pets. They look similar to other shrimp, however have 11 pairs of legs and a long tail. They get the name sea monkeys because they are excellent acrobats!

These sea monkeys aren’t, however, found in the sea as there are too many predators – their only defence is surviving in extreme salinity where few other organisms can grow.

Artemia live in salt lakes and dried up salt flats around the world – including the salt lakes on our very own Rottnest Island. They feed on microscopic algae and tiny bacteria that live in these hyper-saline environments.  They are filter feeders, meaning they sift the water for tiny particles of food.

Artemia can reproduce either by having live nauplii, or to survive in a harsh, salty environment, they produce ‘cysts’ – an egg surrounded by a hard shell. The cysts can lay ‘dormant’ or inactive for several years if salt lakes dry up. The cysts can also survive temperatures that are below freezing and oxygen free environments.

Cysts that are placed in water start to hatch in a few hours. Artemia ‘nauplii’ (freshly hatched Artemia) have only one eye but develop two more when they mature – giving them three eyes in total! The nauplii are ‘positively phototaxic’, meaning they are attracted to light. Adult Artemia are ‘negatively phototaxic’, so swim away from light.

Artemia ‘moult’ (shed their external skeleton) around 15 times before they become mature. They grow to about 1 cm long. Males have two large antennae on their heads, while females have small antennae and a large egg sack.

Artemia don’t sleep! They need to be constantly on the move to eat and breathe. Amazingly, they breathe through their feet!

These tiny crustaceans and their cysts are often used to feed fish larvae, as they are just the right size to be easily eaten by very small fish.

Artemia can be ‘enriched’ by feeding them nutrient-rich diets such as microalgae and highly unsaturated fatty acids.

In aquaculture, the enriched Artemia are fed to fish larvae to ensure they are getting the right diet for maximum health and growth. 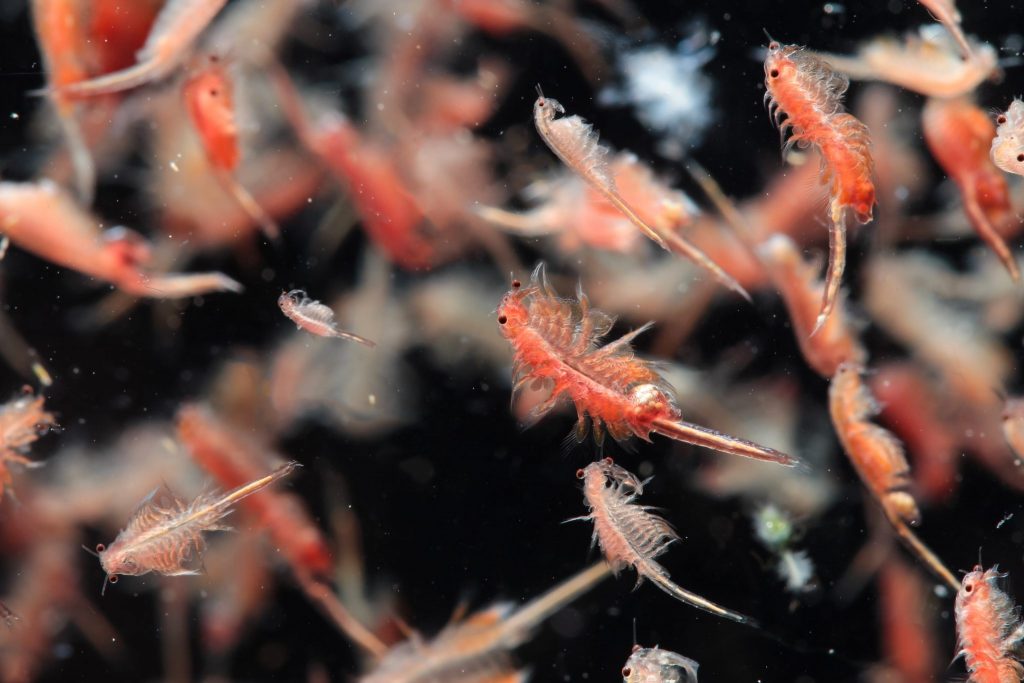