The loggerhead turtle is one of six marine turtles found in Australia, including the green, leatherback, olive ridley, hawksbill and flatback turtles. 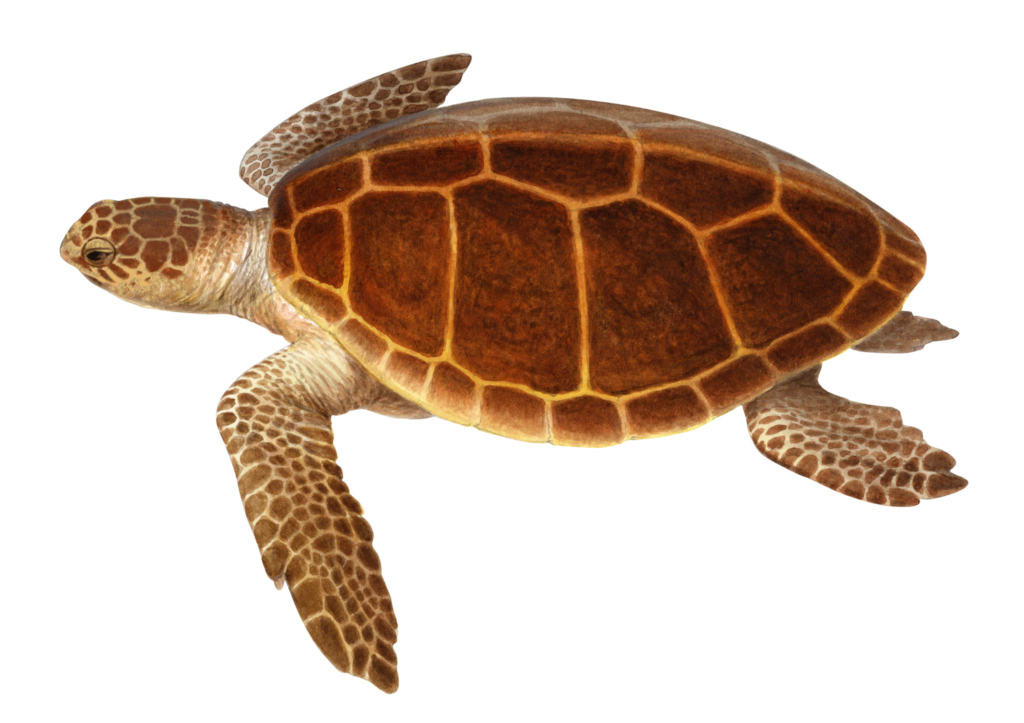 Only seven species of marine turtles are found worldwide – which are all protected by the Convention on International Trade in Endangered Species of Wild Fauna and Flora (CITES).

The Australian Government has listed all species of marine turtles found in Australia as threatened, migratory and marine species under the Environment Protection and Biodiversity Conservation Act 1999 (EPBC Act). Both the loggerhead and olive ridley turtles are listed as endangered and the green, leatherback, hawksbill and flatback turtles are listed as vulnerable.

To identify the different marine turtles, you examine the number and pattern of costal scales (or scutes) on the shell, along with the shape of the head and jaw.

The loggerhead turtle is generally found in tropical and sub-tropical waters around coral reefs, bays and estuaries. They feed on molluscs, crabs, sea urchins and sea jellies; grow up to 1 m in length; and can weigh up to 150 kg.

Breeding begins in late October and hatchlings emerge from late December through to April.

You may be lucky enough to see a marine turtle off the Perth coastline after travelling south in the Leeuwin Current.

The main threats to marine turtles are human activities such as:

Scientists and the fishing industry have worked hard in recent years to develop methods that will prevent as much bycatch, such as turtles, as possible. 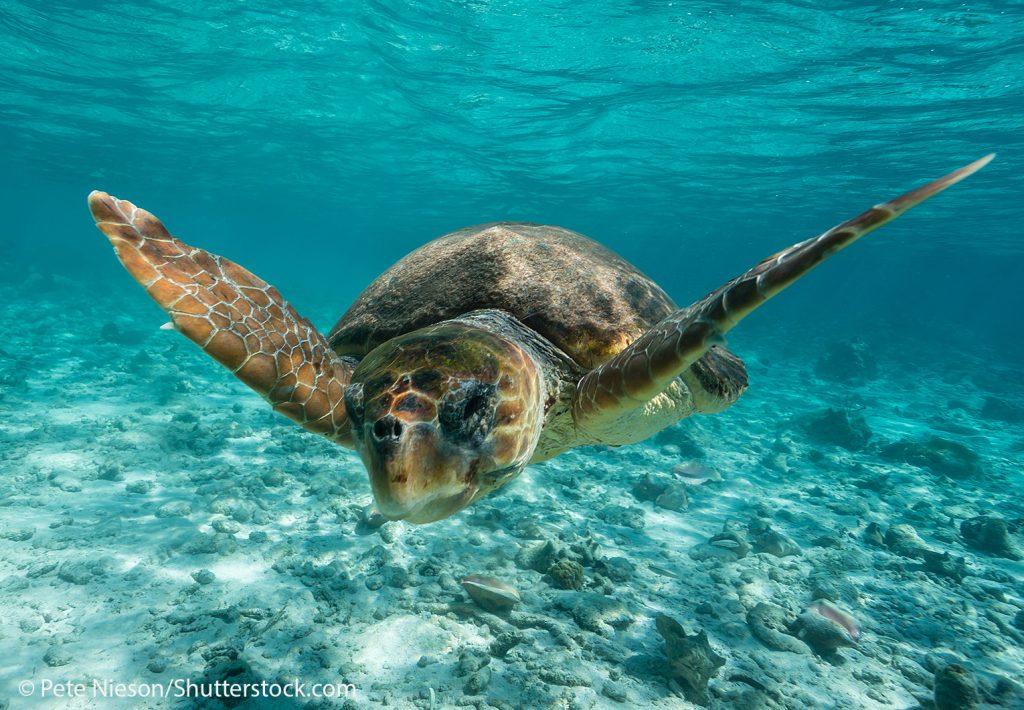