The Yawuru people, are the Traditional Owners of Roebuck Bay. They have cultural rules and responsibilities about how we use and look after the country, plants and animals.

The Yawuru people, are the Traditional Owners of Roebuck Bay. For thousands of years our ancestors lived along the foreshores of Roebuck Bay, across the pindan plains, as far inland as the Walan-garr, the Edgar Ranges, and along the fringes of the Great Sandy Desert.

Yawuru people have cultural rules and responsibilities about how we use and look after the country, plants and animals. We have rules about when certain animals can be eaten and by whom, as well as responsibilities about not wasting what can be eaten. “We use everything except the guts and bone. This is our tradition. We share with other families. There is no waste. This is out of respect. We eat the fat, wing, tail and head,” Jimmy Edgar.

When the first south-east winds start to blow across Roebuck Bay, bringing the colder weather, we head to the beaches and tidal creeks to fish for salmon. When the weather warms and the winds blow from the west, we head for the reefs to fish for bluebone and the myriad of other reef fish.

Our country is land and sea, moulded by the cycle of seasonal change. We live by six seasons, reading the changing signs in wangal (winds), the wula (rainfall) and temperature, to know when and where we should go to harvest the riches of our country. 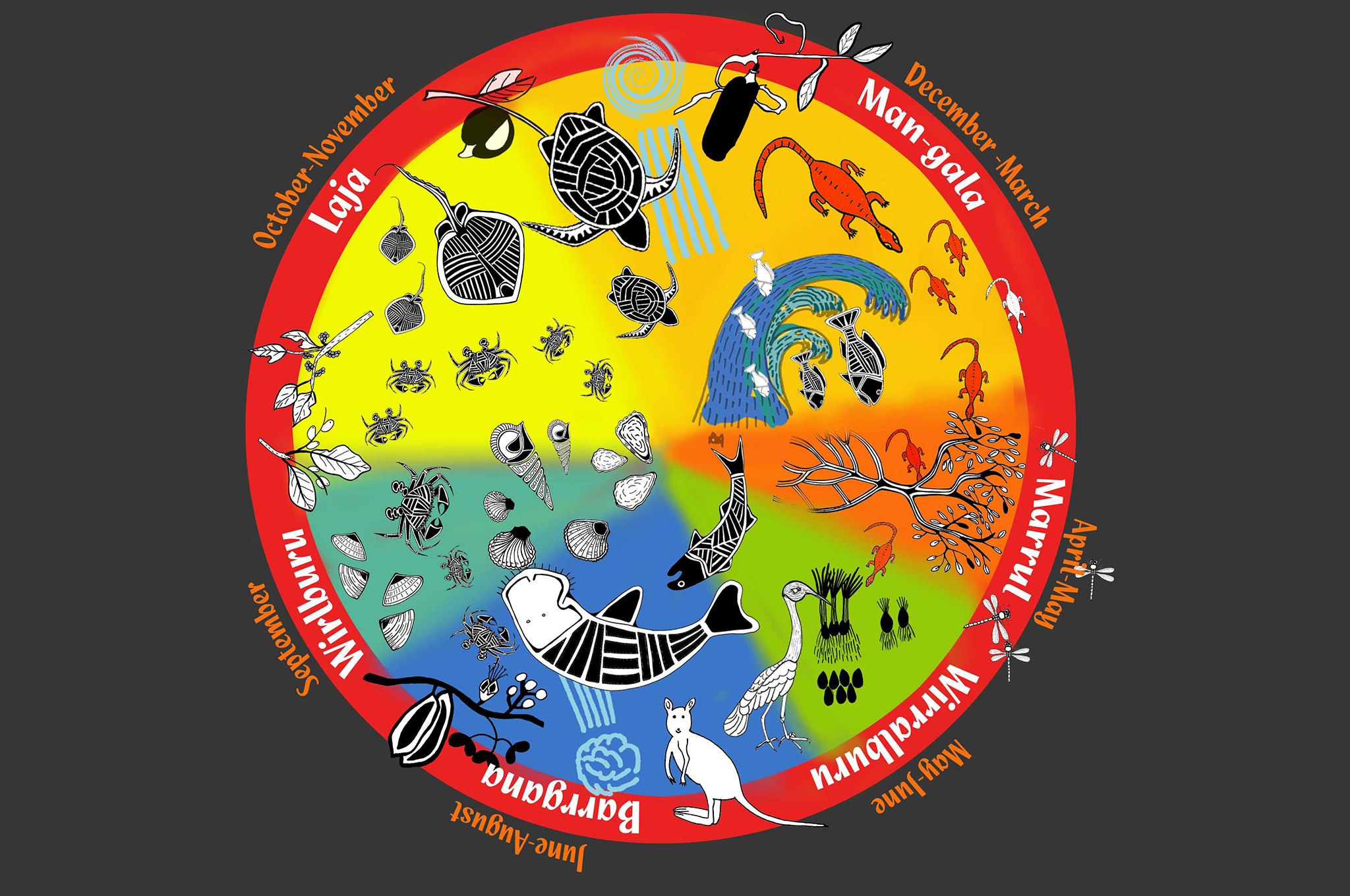 Man-gala – The wet: December to March

As the clouds gathered and Man-gala approached, people moved inland to avoid the wirdu-wirdu (cyclones) and to take advantage of the abundant warli (game animals), bush fruits and yams. Yaminyarri and magabala are in fruit. Flying foxes come to eat fruit.

Water is plentiful and jibilyurr (duck) and other waterbirds make good eating. The birndany (stingrays) are still abundant and we go spearing the birrala (king threadfin) in the mangroves. We fish for yingarliwa (bluebone), yilany (snapper) and mangrove jack, and collect birrga-birrga (cockles).

The turtles have moved away, however the egg clutches can still be collected. Kangaroos are skinny as are shellfish. Bush honey is hard to find. 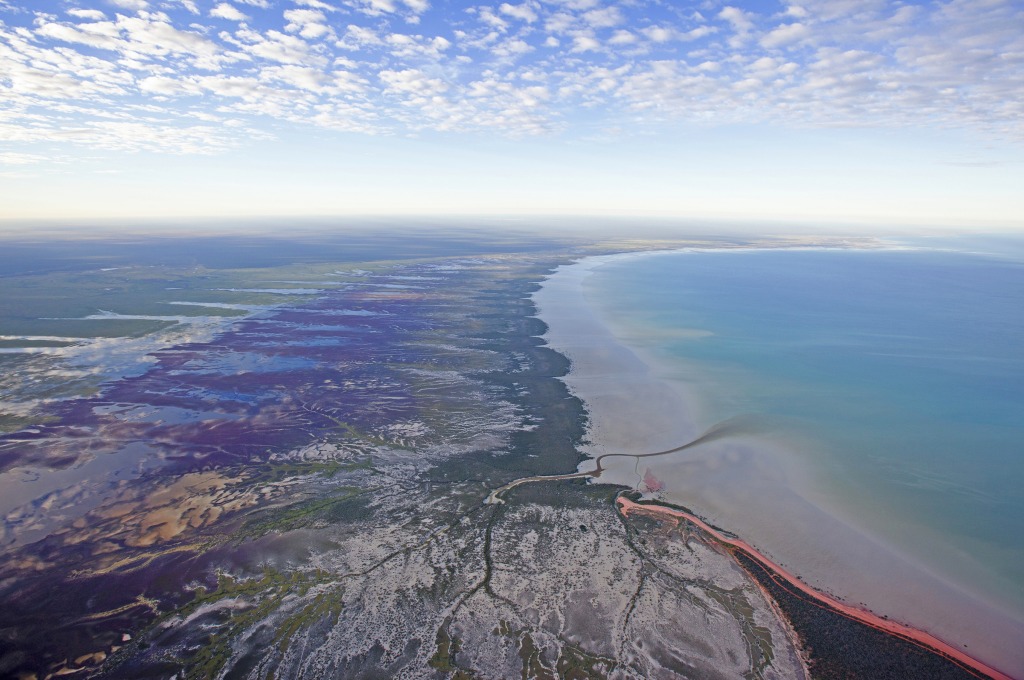 Figure 2. Roebuck Bay and its hinterland provides an abundance of fish and game animals during Man-gala (the wet season). (Image: © Kimberley Media)

Marrul – The changing season: April to May

“A lot of dragonfly means the Wet has ended and the salmon season is beginning. The gardju is blooming,” June Djiagween.

Marrul is the hot period after the wula (rain), when the tides are big and includes the king tides during the equinox, and the wangal (winds) are light or have dropped and the air is very humid. Marrul is a short season. It begins when the gardju (long-fruited bloodwood) buds burst into flower, and ends when the rain stops and the winds start to blow from the south-east.

In Marrul, we go into the birra (bush) while lizards are fat and there are plenty of bush fruits.

At the end of the season people start to move back to the coast and the mangroves to gather gundurung (grey mangrove) leaf and fruit, and find birna (grubs) in the biyal-biyal (kapok mangrove).

On the coast, we spear birrala (threadfin salmon) who also lay their eggs in the sand during this time. Reef fish are skinny at this time, but we still catch yingarliwa (bluebone), bandirr-bandirr (Spanish flag), barramundi and flatfish. 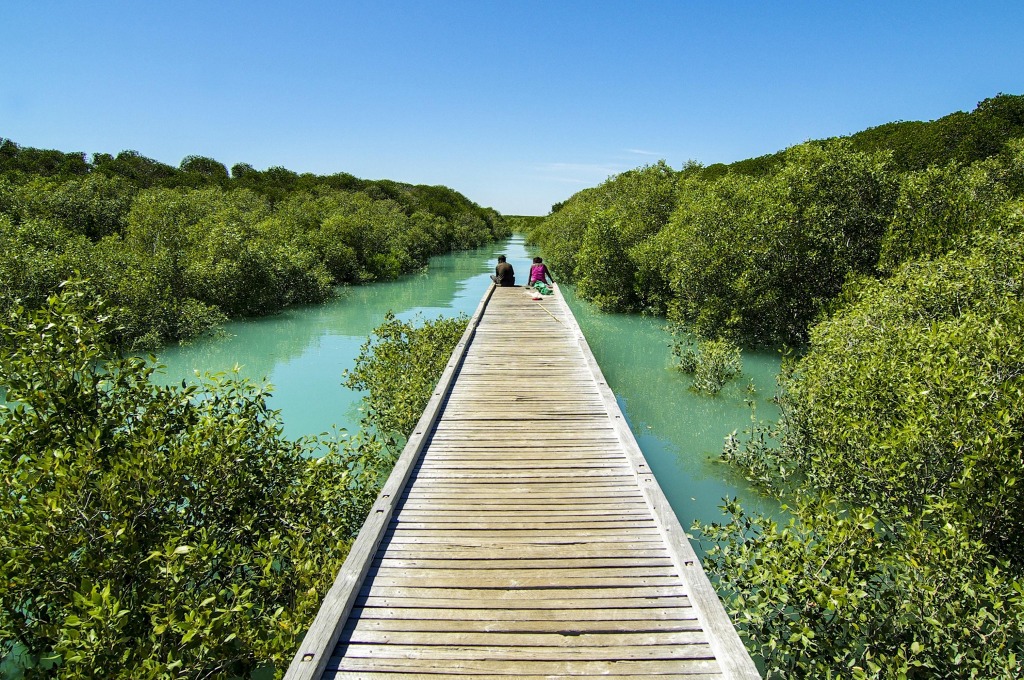 Figure 3. Yawuru people have a strong connection to Streeter’s Jetty. Originally built in 1897 for pearl divers and merchants E.W. Streeter and Co. of London. The Yawuru name for this area is Jirringin-gun. “We have a sacred site here which we call a jila” Neil McKenzie. (Image: © Tourism Western Australia)

Wirralburu – The cooling season: May to June

South-easterly winds begin to blow and cool nights start. This is the best time for girrbaju (bush honey) which is plentiful in the gardju (long-fruited bloodwood). Lizards go underground and birds seek out yarrinyarri (bush onions).

Threadfin salmon and shark help to round up the bait so we can fish for salmon. Langa (catfish), bream and wanggaja (mud crab) are abundant and mullet are breeding. “They come in big tides and release their eggs under the roots of the mangroves. We see all the little fish after they hatch,” Peter Edgar.

Some stingrays, like whiptails, are going soft. We don’t get them at this time.

Strong and dry south-easterly winds blow and the occasional fogs and dust storms occur. The nights are cold and gumanyba (the Seven Sisters constellation) shines brightly.

Lizards are in their holes, cockatoo hatch their young and the jigily tree (bauhinia) is in flower.

People moved back to the coast, especially to the tidal creeks where the walga-walga (blue threadfin), gurlban (mullet), murruwaran (queenfish), grunter and mulloway were plentiful.

Nganarr (dugong) can be caught and water is easily found in tidal springs and soaks. 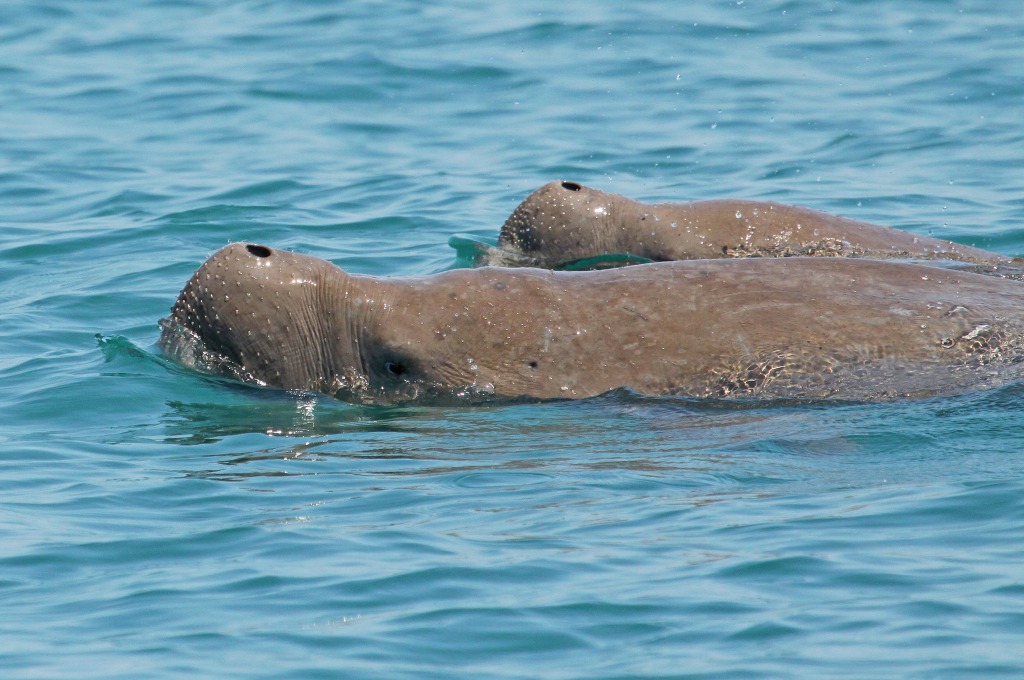 Figure 4. Nganarr (dugong) is an important food for Yawuru. They are usually caught during Barrgana (the cold season). (Image: © Felix Smith, MUCRU/WWF-Australia)

Wirlburu – The warming up season: September to October

The westerly winds return and nights are warmer. Little corellas feed on ripening acacia pods and the lizards are skinny.

As Wirlburu starts, people move towards the reef and mangroves. There are many mud skippers and mud creepers that are good bait for catching the abundant reef fish that are all fat during this time, such as sea perch, yingaliwa (bluebones), rock cod and different varieties of snapper and bream. Also fat are shellfish, including janga (oyster), wanggaja (mangrove crab) and jirrinygiliny (bloody cockle).

Temporary shelters would be built as shade from the hot sun.

Building up to the wet, winds strengthen from westerly to north-westerly. It is a good time for collecting and eating girrbaju (bush honey).

Towards the end of Laja, people would build manggaja (paperbark shelters) in readiness for the coming of the rains. 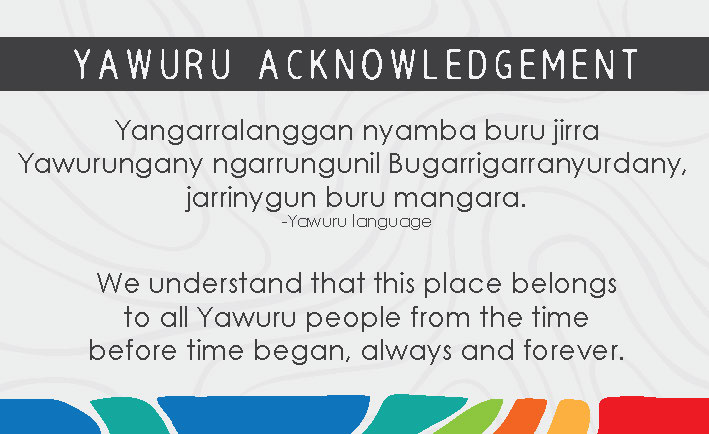