Found across tropical Australia, Blackspot tuskfish are a hard fighting and highly prized table fish, popular with recreational fishers as they can be caught close to shore. 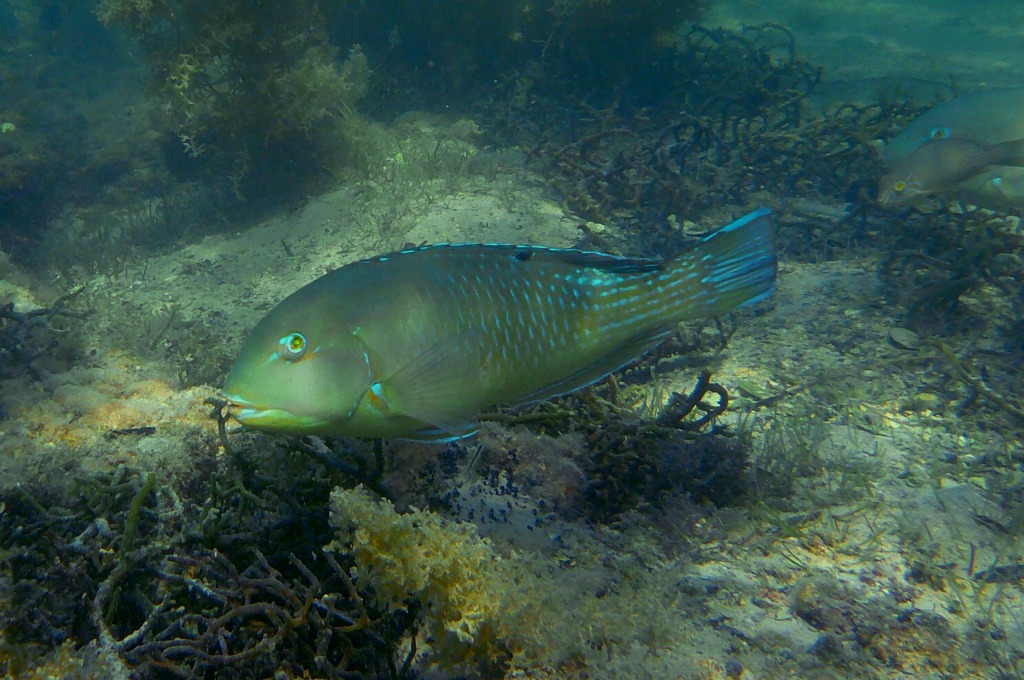 Distributed throughout South East Asia, although mainly in the Western Pacific.

Found across tropical Australia. In Western Australia, from Shark Bay to the Northern Territory border. 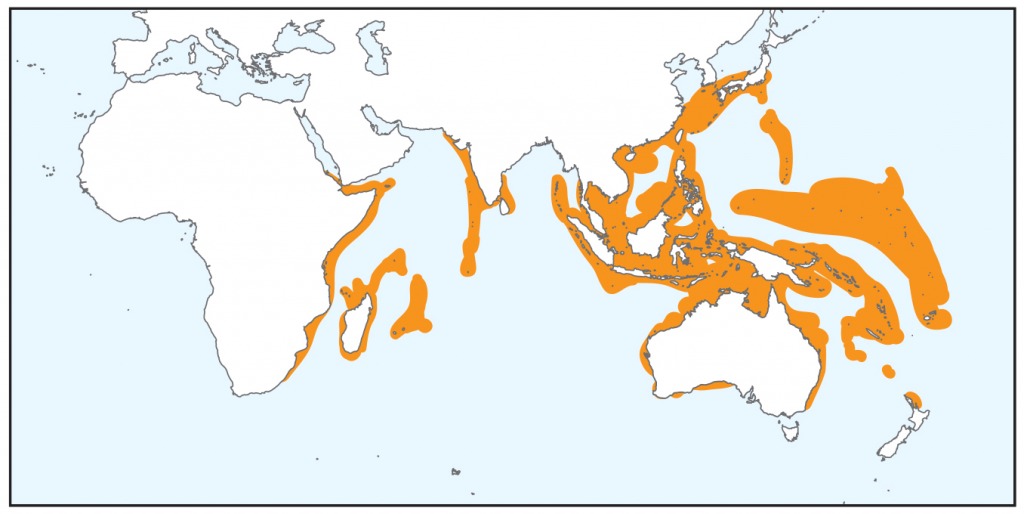 Blackspot tuskfish are a hard fighting and highly prized table fish, popular with recreational fishers as they can be caught close to shore. They are ideally suited to living around rugged reefs, with the ability to sever a fisher’s line across reef within seconds.

Blackspot tuskfish are protogynous hermaphrodites, meaning they begin life as females and change sex to males once they reach a particular size, or if the dominant male of an area disappears.

In July 2011, a professional diver captured what is believed to be the first images of a wild blackspot tuskfish using a tool. The photograph showed a 30 cm long tuskfish smashing a clam on a rock to access the meaty bivalve inside. Tuskfish have also been observed overturning rocks when searching for food. 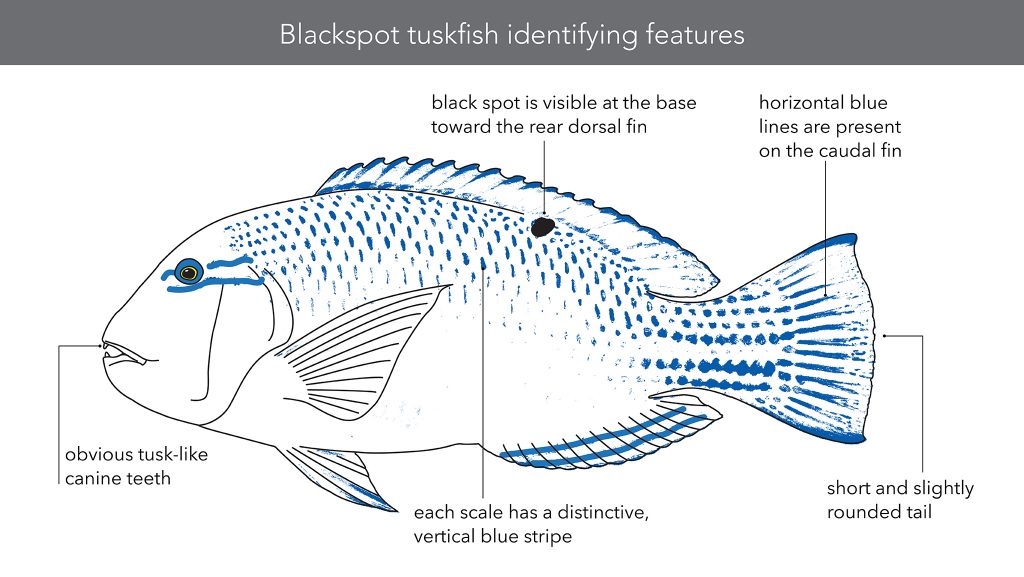 Blackspot tuskfish inhabit sand and weed areas near coral and rocky reefs in depths to 60 m. Juvenile tuskfish can be found in seagrass beds closer to shore.

Hard-shelled invertebrates such as molluscs, urchins and crustaceans

In South East Asia, heavy fishing pressure coupled with the large-scale use of destructive fishing practices and overall low abundance in the region, have put the species at risk.

Across northern Australia, blackspot tuskfish are not considered threatened, due to the remote coastline where the species occurs. However, heavy commercial and recreational fishing pressure may cause localised depletions in popular areas such as Shark Bay, Dampier and Broome. Their status in Western Australia remains unclear, since stock assessments of the species have not been conducted.