From Collier Bay to King Sound just north of Derby, lies a group of 800 or more scattered islands and low-lying reef known as the Buccaneer Archipelago. Lying crumpled and creased, the archipelago’s shores are notched with a myriad of mangrove estuaries, bays and sand beaches, plunging cliffs and rocky masses, rugged headlands and islands, and innumerable hidden reefs. 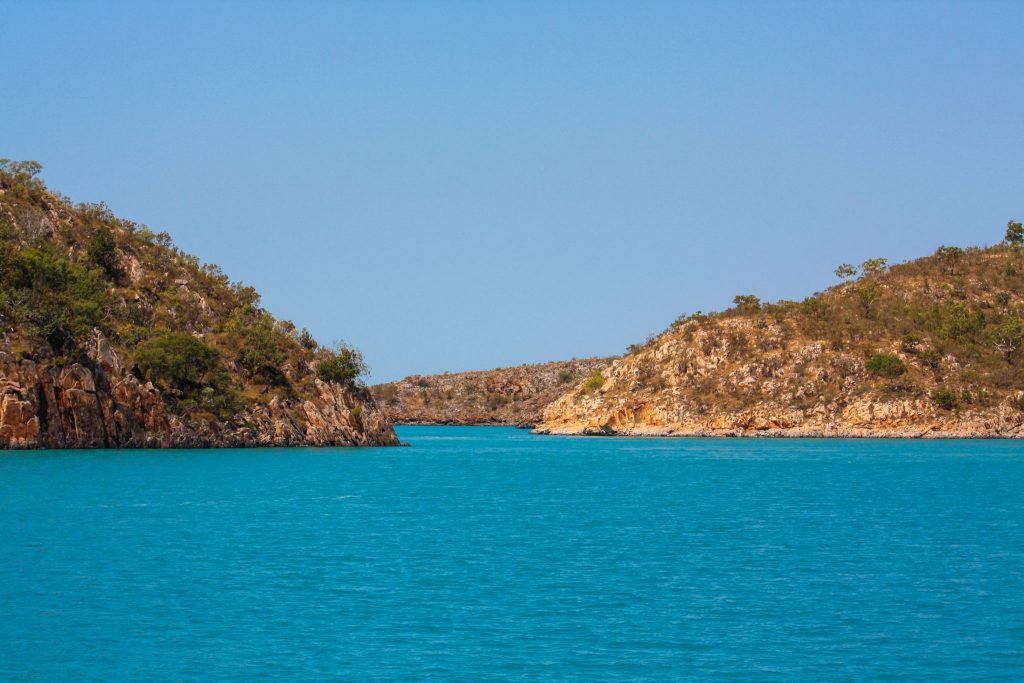 The Buccaneer Archipelago is part of a ria, a coastline drowned by rising seas that can be seen as continuations of the ridges and hills of the mainland. Although formed as islands relatively recently, the red coloured sandstones of the islands and adjacent coastline are of Pre-Cambrian age (2500 – 1800 million years ago).

The archipelago was named after William Dampier, who charted the area in 1688. When he wasn’t plundering cities or searching for treasure, Dampier managed to make himself famous for his remarkable adventures on board a stolen ship named the Cygnet. Obviously enamoured with Dampier, Phillip Parker King named the Buccaneer Archipelago in 1820 in memory of his adventurous buccaneering ways.

The islands are in almost pristine condition, as they are isolated from a large population centre and a challenge to access. The vegetation on the islands is diverse and ranges from sparse spinifex grasses, patches of rainforest, low open eucalypt forest and coastal fringes of mangroves with a skirt of accumulated silt.

The only islands that have been developed in the Archipelago are the distinctively red Koolan and Cockatoo Islands. In the early 1950’s mining commenced on these islands for some of the world’s highest grade iron ore (Fe @ 67%). At Koolan Island, BHP operated mining activities from 1959 to 1993 and built a modest settlement, before closing and rehabilitating the island. Mining was recommenced by Mount Gibson Iron in 2007 within the two kilometre long pit that operated 80 to 100 metres below sea level. In 2014, a seawall collapse resulted in flooding of the main pit and mining was suspended on Koolan Island. Mount Gibson Iron reactivated the site in 2017 by draining the pit and rebuilding the seawall and the infrastructure. Koolan Island is due to resume the production of iron ore in early 2019.  Meanwhile, the mining of ore on Cockatoo Island has also come to a halt due to a seawall breach and flooding of the mine pits. 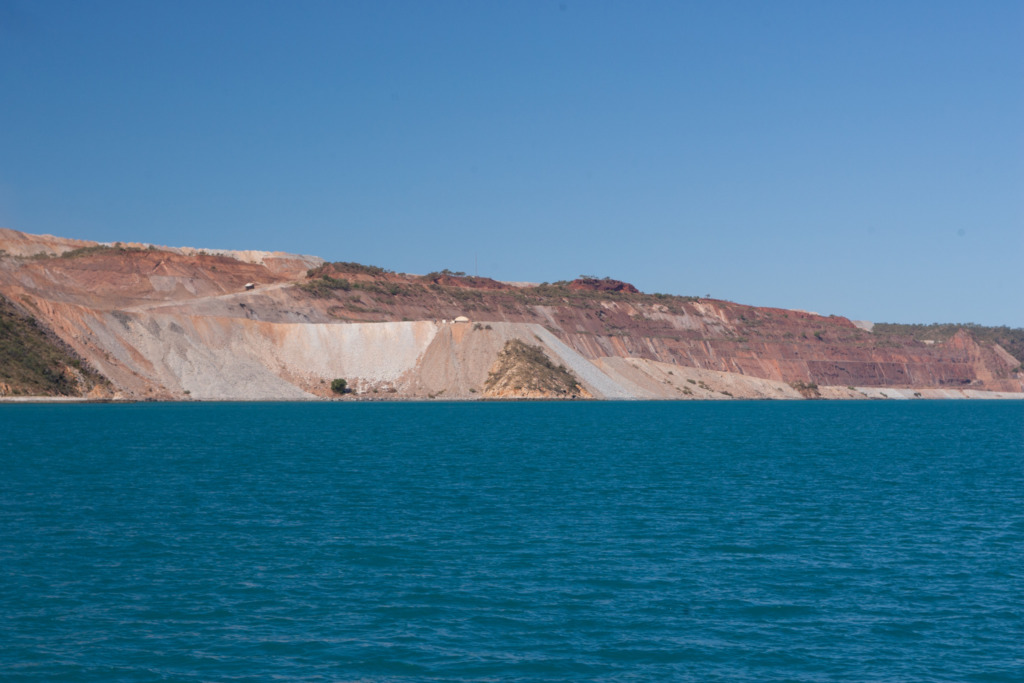 With large tidal movements of up to 12 metres a feature of the area, an inviting beach can be lapped by turquoise waters, or six hours later, transformed into a mudflat teaming with hordes of crabs or a scattering of feeding shorebirds. In some places, the tide is treacherously strong and unpredictable, surging up rivers and ripping through constricted passages of the archipelago with a truly potent force. At its most ferocious, water whirls into deep recesses and boils over to form rolling domes. Hell’s Gate, a treacherous whirlpool between the Gerald Peninsula and Muddle Islands, causes boats to buck alarmingly as they travel through the roiling turbulent waters of the strait.

The churning waters of the area caused havoc with the pearling fleets late last century and many crew and divers lost their lives. The isolated graves on many of the islands are testimony to the dangerous conditions. Pearling conducted by luggers in the 1880’s was concentrated at Cygnet, Cascade, Cone and Strickland Bays, where 15 graves can still be found to this day. Cultured pearl farming continues only at Cygnet Bay, along with the Kimberley Marine Research Station which was developed in 2010 to promote independent research of the Kimberley’s unique coastal and marine region.

The fauna on the islands, a subset of the mainland, include snakes, lizards and skinks, with the larger islands supporting mammals such as rock rats, quolls and bats. On Koolan Island, the bird and snake fauna is rich, considering the island’s small size and restricted range of habitats. As expected, the marine life of the area is diverse, with estuarine crocodile, sea snakes, sharks, swordfish, and a great variety of tropical fish that abound in the pristine waters and coral lagoons. Aboriginal people, locals and visitors relish the exceptional fishing opportunities of the Buccaneer Archipelago. Even the novice can excel in these waters, with catches including prize fish like barramundi, coral trout, red emperor, trevally, queenies, mangrove jack, snapper, tuna and Spanish mackerel. Then there are the succulent oysters and enormous mud crabs!

The Traditional Owners of the area, the Mayala and Dambimangari, have lived in the archipelago for thousands of years and their rock art can be found on some of the islands and adjacent mainland. In the past, rafts and canoes were used to travel between the islands. Nowadays, Aboriginal people maintain their close ties with the area, visiting traditional sites, fishing, conducting tourism activities and building new settlements on their traditional lands.

The Buccaneer Archipelago was an important part of a trading route amongst Aboriginal language groups that exchanged ochre and valuable items such as large trochus shells. For centuries, Indonesian trochus fishermen would visit Cockatoo Island, negotiating fishing rights with the Mowanjum and Umida communities. In exchange for water, firewood and fish, the Indonesians left iron axes, spearheads and dugout canoes.

In late 2014, the saltwater communities of Mayala, Dambimangari and Bardi Jawi reached a historic agreement to form the Aarli Mayi aquaculture project. The group applied for a licence to farm finfish within the Western Australia Government’s Kimberley Aquaculture Development Zone in Cone Bay, north of Derby. In June 2016 an aquaculture licence was issued to the Aarli Mayi aquaculture project, to allow the production of 5,000 tonnes of finfish annually. This is a wonderful collaboration and example of saltwater communities banding together to build a business for the future of their kids.