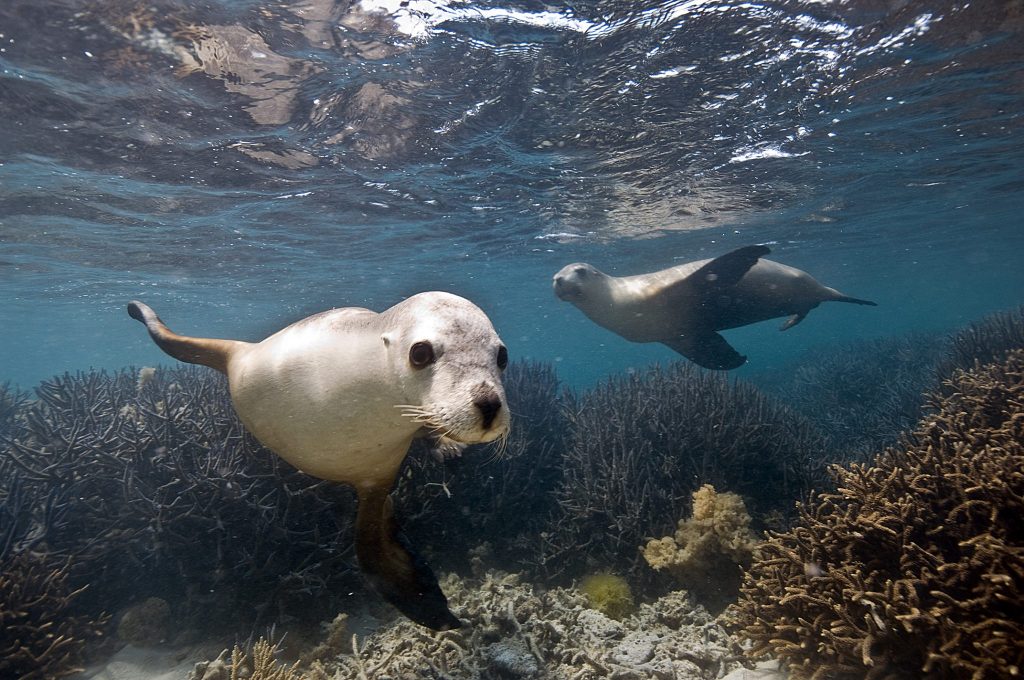 Often seen on offshore islands from the Houtman Abrolhos Islands in WA to Pages Islands (east of Kangaroo Island) in SA, Australian sea lions ‘haul out’ to rest and breed. For example, resting sea lions in the Perth metropolitan area use Carnac, Penguin and Little Islands to name a few.

Australian sea lions display sexual dimorphism, meaning males and females can be identified by different body forms. Bulls (males) generally have a chocolate brown body with a creamy crown and neck, and grow to approximately 2.5 m and 300 kg. Cows (females) are silvery grey above and have a creamy yellow underbelly, growing to 1.8 m and weighing up to 105 kg.

Australian sea lions have an 18-month breeding cycle, which means young can be born from January to June after a 12-month gestation (development) period. Once born, mothers can be very territorial to protect their pups (young).

Beaches provide an important resting (haul-out) area for seals and sea lions. In Perth you may be lucky enough to see Australian sea lions (which are only found in Australia) and visiting fur seals. For the health and safety of these animals, never feed them or get too close.